Kush Riley poised to make a name for himself 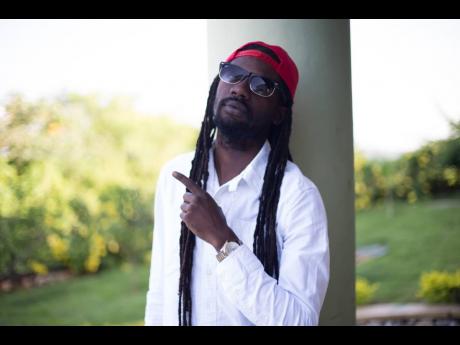 Kush Riley, son of legendary singer and songwriter Jimmy Riley, and younger brother of reggae star Tarrus Riley, is poised to make a name for himself in the music business as a reggae singer by merit and not by using his family name.

He said that he decided to pursue music because of the early exposure he received in musical environments when he was a child. He released his first single in 2009 titled Be Free, which was produced and released by Head Concussion Music. Kush quickly mentioned that his late father did not persuade him to follow in his footsteps.

"Though my father would tell me I got my own style, he didn't force nor verbalise to me I should do it. To me it's more like nature itself, hence why it took a toll on me and I'm loving it like never before," he shared. He reasoned that being the offspring of a well-respected entertainer is not necessarily an advantage.

"It is more like a created platform to be developed upon, working and praying that the love be real," he said.

When quizzed about how having famous musical relatives impacts his career, he said: "It's jus a concept mainly for me, honestly ... to have arrived here upon earth and also making the efforts in being present, it's a joy for me."

Kush is adamant that he is not distracted by any criticisms that may arise from perceptions that his musical journey has been favourable because of the foundation set by his father.

"Jimmy Riley is very much respected across the globe, his works, efforts and his spirit make him a column within the industry. His diversity and his integrity stand for no illusions," he said.

Kush is busy working on new projects, including a reggae film titled Champions on the mic, brought by Brad Eaddy of Top Gun Entertainment.

"There's this song I did with Sym Musica of the Mauritius Islands titled Over & Over, to be the official soundtrack of the trailers out now. Also I want to make mention of some great work being done with Romeo Music, John John Records and the living legend, my godfather King Jammy Wide worldwide," he said.