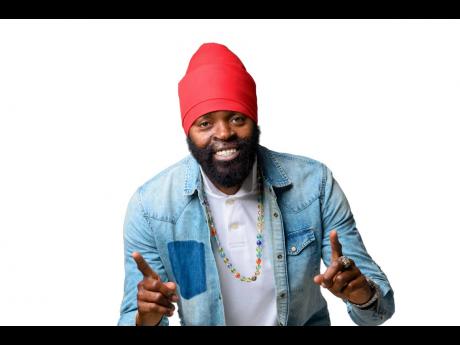 Reggae-dancehall entertainer Bugle is set to release a deluxe edition of his Toxicity album today, which was originally released to the European market.

The updated 16-track version of the 2021 project features remixes, unreleased recordings and has a new but old flavour.

"I can carefully say this album has reached the world more than any other album I've done when we never have a pandemic. People paid more attention to listening to music as they had less to do being inside, spending more time on the Internet. But it needed more promotion on this side and the US market," Bugle told THE WEEKEND STAR. "That mean to say, I could not put out the same album with the same songs and call it deluxe. I removed seven songs, seven dancehall tracks and added seven tracks that have more of a reggae and ska feel. Plus having certain people added to the album doing something different makes the production different."

Over the years he has produced music that has had long life on the charts and radio circulation, and he wanted to flex his lyrical skills across a myriad of genres as he maintains the message of positivity. He said that there are genres of music that evoke happiness, ska being one of them.

"For me music is a vibe, it is a feeling and no matter what you feeling at the time, you probably hear a rhythm playing and start dance or freestyle. I get that from ska. In wanting to do an album with a variety of sounds, because variety is the spice of life, I thought about songs like 54-46," he said. "Yeah man, Toots Hibbert energy, you can't go around him where ska is concerned. Tell me if there is another song more exciting and bigger in melodies that is fun. That is the whole energy that Toots bring and the ska sounds bring."

A ska-infused track titled Easy Skanking features Ding Dong and DJ Brandon. Bugle has collaborated with several other accomplished luminaries for Toxicity Deluxe, including Marcia Griffiths, with whom he records a remake of her hit single Fire Burning, Bounty Killer, Kabaka Pyramid, Dexta Daps and AfroBeat Billboard hitmaker Heph B.

The project is executively produced by Bugle, whose given name is Roy Thompson, on his An9ted Entertainment imprint.

"It is obvious my sound has evolved and in a great way too. If my supporters listen to the Anointed album, and then Toxicity and Toxicity Deluxe, it will be obvious to them that I've matured. I honestly don't think this album reached its full potential and now, being on the road, the focus is about putting out good music. It might not connect today, but it a go connect tomorrow," Bugle shared.