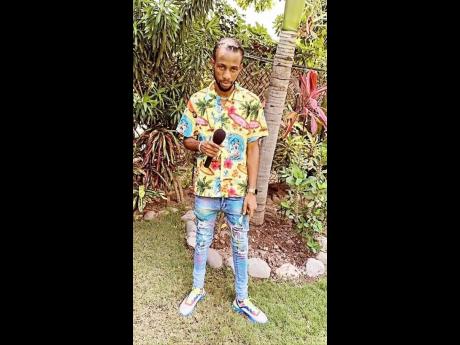 Up-and-coming dancehall artiste Kevanii, given name Kevaughn Brown, believes that he is poised to earn his breakthrough in music.

The 2019 Magnum Kings and Queens of Dancehall contestant shared that he started doing music when he was in primary school and is determined to become successful.

"As a youth going to school, I used to love to try to get myself in music competitions, write my own songs and sing them to my friends and family. Growing up wasn't easy for me, but I always believed I got a big purpose in music," he shared.

However, as he transitioned to high school, he admitted that at one point he stopped doing music.

"But for some reason, everywhere I went, people were always asking me if I'm still doing music. I started to re-enter music competitions, and also found myself going on small stage shows and performing. My first song I voiced in a studio, Full Up Mi Cup, was in 2010. It was an experience I will never forget," he said.

"The song got a couple of plays in parties and dances, and it was the first I ever heard my song playing on the radio and also in events. The next song I voiced was Duh Di Supm. It went viral in my community, and from there I started to take music as a full-time job," he said. "It wasn't easy. I had some rough times, ups and downs, but I always tell myself my music is going to create a big impact in the world. Leaving school, I started working in the studio more, and also started to learn much more about the industry of music."

Kevanii has released the singles Just Ballistic, So Great, Stoner and I Don't Know.