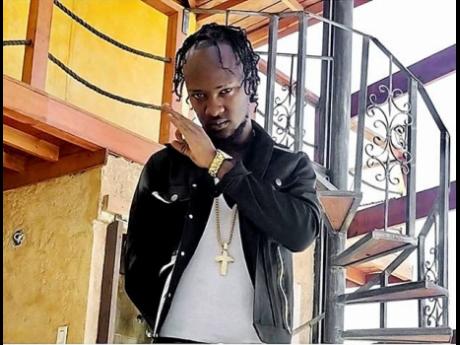 Dancehall artiste Tactikal says that despite his latest single, titled Anyweh, being considered 'dark', people are stilll gravitating towards it.

"As much as it's a 'gun song', the melody and vibe it give make it stand out. Me use some metaphors an' wordplay in it that grab the people dem, so it's not just a gun song, it's a lyrical song," he said. The single is featured on the 'Delta Variant' rhythm from Sonovic Music.

"The riddim actually motivated the song 'cause the riddim dark, so me go midnight settings on it, yuh know," Tactikal reasoned. The artiste, given name Ossan McKenzie, also admitted that he was honoured to be featured on a rhythm with other dancehall wordsmiths, like Chronic Law, Jahshii and Daddy 1.

"Being on a riddim with Lawboss [Chronic Law] and standing out definitely makes me feel good, 'cause that show me seh me go hard an' can be in a league with major players," said Tactikal.

At the same time, he relished the opportunity to work with Sonovic Music for the very first time, and shared how his initiative paid off after he reached out to the producer online.

"Him deh a build the riddim, and me deh inna the comment section and mi a comment and dem thing deh, so him send the riddim. Mi jus reach out and the link mek from deh so," he revealed.

Tactikal is known for other singles such as Four Way Flasher and Nah Beat No Woman.