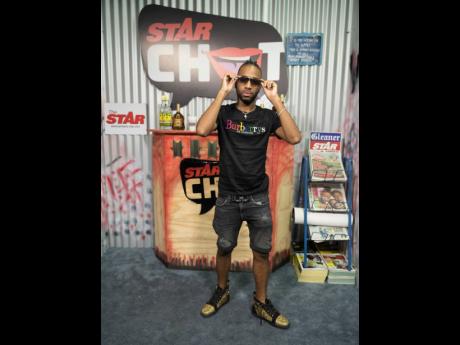 Dancehall artiste QQ has released his latest single, ' Pretty Backaz', which he said is aimed at bringing back attention to girls' songs in the dancehall space. He reasoned that songs for females are not getting the recognition they deserve locally, and hopes his latest musical effort will contribute to the return of girl songs to the centre of dancehall.

"We can't deny that for the past few years the dancehall scene and music scene has been in a certain space, where one could say girl songs have been at a disadvantage -- where predominantly girl songs are not getting the attention locally, that they should," QQ reasoned.

The entertainer, whose given name is Kareem Dawkins, said that the current situation is not due to a lack of interest in girl songs by dancehall's core participants.

"It doesn't mean that consumers are not yearning for them ... . When you look at Jamaica's TikTok, when you go through that, you see a lot of girls bubbling and wining, but they are doing it to many old songs or new trending songs. So releasing this is just showing people my versatility and putting out music as I said I would, which is for the girls dem," he added.

QQ said that he was influenced to drop the seductive Pretty Backaz following feedback that he got while helping to promote Bun Fi Bun by his brother, IQ, featuring Stefflon Don, earlier this year.

"I was able to identify that consumers wanted more of these songs and more of this sound, and more of the things they can feel sexy about. Nothing compares to a woman feeling sexy about herself," he remarked. "I then got creative and decided to put this song out."

QQ , known for hits like Stookie, Skip To My Lou and Bruk Out N Whine, is confident that Pretty Backaz can crossover and be successful in the international marketplace.

"These are always the type of songs that break through, like Dexta Daps, Jah Vinci's Virgin, D'Yani and Jada Kingdom's Feelings," he said.