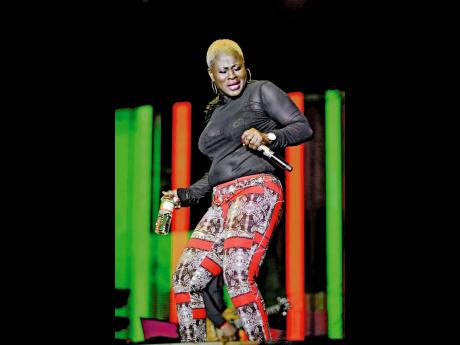 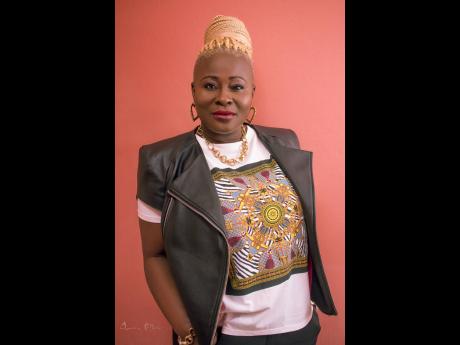 Veteran dancehall artiste Lady G has sought to reassure her fans that she continues to be actively involved in the music business. She said that she has been recording new music and has been performing on shows, but admitted that a lack of promotion has been having an adverse effect on her visibility.

"They say you are as hot as your last hit," said the Nuff Respect hitmaker.

"It's just that I am not getting that huge promotion, because the whole business changed from when I just started out. You have to be on social media 24/7, and have to be sending out a lot of negative vibration to get attention, which I am not doing, and I choose not to. Music gave me the highlight, not passa passa, and I want to keep it that way," she reasoned.

Lady G, whose given name is Janice Fyffe, shared that she has a number of recent recordings for various producers as she keeps up her work ethic.

"I have a lot of new songs coming out. I have one just released a couple weeks ago on Size 8, General Degree's label, name Live it Up. [I also have] Blessings for Concrete Records, and I did a song called Big Woman Thing for Malvo Entertainment records."

Lady G told THE STAR that while she is just releasing singles right now, there is a possibility that she will put out an album when the time is ideal.

"I'm just putting in the work, because when you are not with a record company you can't just put out an album like that, you have to record songs until you get a buzz, and then you can put an album together," the Half My Age singer said.

Music has evolved a lot since Lady G made her debut with her single Nuff Respect on Gussy Clarke's label in 1988. She told THE STAR that she is disappointed in the content of many songs being done by younger artistes.

"I naah fight the youth dem music, but my problem is the message in the song ... this one bag a 'murder this'. If dem start sing a love song, somewhere in the song dem haffi sing seh dem haffi tek out somebody. This one bag a murder ... I don't like that and the vulgarity that they are putting in the music," she shared.

Fans can next see Lady G live in performance in the United States later this month.

"I have shows for March 11 and 12. One is going to be in Queens and another in New Jersey, a show with me and Yellowman and Johnny Osbourne."