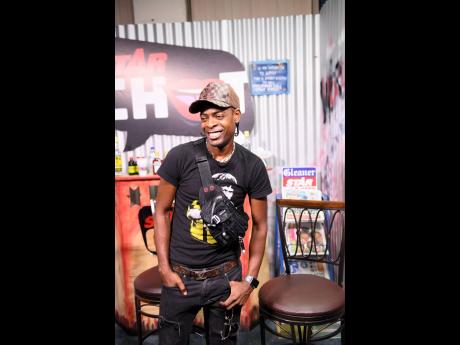 Veteran dancehall artiste Mr Lexx is adding the finishing touches to his second studio album titled Like I Never Left.

The artiste, given name Christopher Palmer, shared that the project will have 15 tracks, two of which will be hidden tracks; however, he did not reveal a release date. He attributed the delay for the release to obligations with his previous record label.

"I was in a messed-up deal with VP records and I had to wait that out. I'm now an independent artiste and not on VP's label any more," he said. It's obvious that dancehall has evolved since the veteran deejay made his debut decades ago, but he assured fans that he is not daunted by the changes.

"I'll do what I've always done, be me. So however my inspiration forward, I''ll just go along," he said. He is also quite confident that he can tap into the interests of younger dancehall fans despite having a catalogue that preceded many young listeners.

"I always say to myself 'these younglings gonna know me one way or another'. Yeah, I'm sure I'll grab a few young fans," he said.

After three decades as an active dancehall artiste, Mr Lexx revealed the reasons that have kept him relevant and motivated.

"It's a tie between the love I have for what I do and the love I get from diehard fans," he said.

Mr Lexx recorded his first song in 1992 and got his first major hit in 1999. He is known for hits like Full Hundred, Make Some Money and Cook.

In 2000, he released his self-titled debut album that spent five weeks on the Billboard Reggae Chart and peaked at number 12.