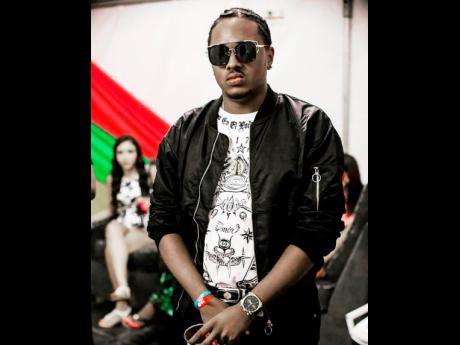 The 4th Genna artiste, who goes by the name Tanso, is officially back on track with new music and a different attitude that he hopes will get the attention of dancehall music fans.

Last year, Tanso stepped away from the limelight for a brief hiatus to reflect on life.

"I might have fallen back on recording and releasing music in the past year, but it was so that I could take a break to deal with the loss of a close friend," he said.

The dancehall deejay, whose given name is Christopher Jackson, told THE WEEKEND STAR he is now focused on doing more productions, including an EP.

In the past two weeks, Tanso has also released two new tracks called Gad Haffi and Mula. These songs, he said, are motivational.

"It is about not sitting down under the same vibe every day and saying you want to make change in your life, but actually getting up to make moves for the betterment of your family," he said.

"No complaining. This musical journey has been a great experience, and being part of the 4th Genna family, just by being around Aidonia, learning from the best, has improved me in many ways as well. That is where I am at now."

Meanwhile, Tanso has spent the past six months working on his return, which included doing a few solo shows on a trip to Trinidad. He also launched the TansoBadGennaVEVO page.

"Trinidad showed a lot of love. From an artiste delivers the feedback is usually good, but in Jamaica, we have to work harder. It is the hardest crowd to please because it is the root and more competitive," said Tanso, who is preparing to face the large audience expected at Aidonia's Birthday Party on Saturday in St Ann and Aidonia Live in Westmoreland on Easter Monday.