Bucky Ital reaches out to millennials with ‘flick tape’ 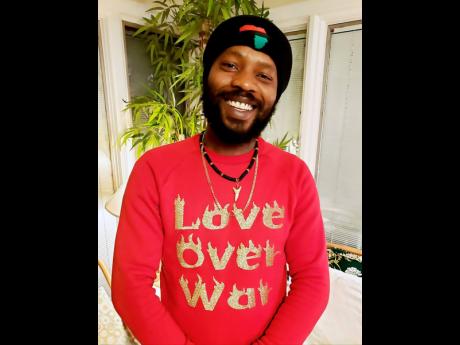 It is not uncommon for a recording artiste to compile several singles into one mix tape. But for reggae rapper Bucky Ital, whose given name is Uhan Pearson, that is a thing of the past. His next project is a compilation of music videos, what he calls a 'flick tape'.

"The world of music is being marketed predominantly with the use of visuals on the various digital platforms and streaming possibilities made available to entertainers. After much research, I have found that a compilation of videos as a mix has never been done," Bucky Ital said.

Bucky Ital's career started to buzz after the release of Do A Thing For the Poor in 2013, and, since then, the Westmoreland-born artiste has been delivering razor-sharp lyrics.

Having resided in Brooklyn, New York, for more than 20 years, he believes that in order to keep the attention of fans and attract new ones in Jamaica, he has to release music videos.

"If I can pull it off where it concerns pulling the millennials closer to the music, then it can open doors for other artistes," he said.

The 'flick tape', he said, will feature approximately seven of his most recent releases, including Ghetto Hustle, Malicious , featuring Trinidadian Dadon, and the new dancehall-flavoured single, Hot What A Wine, which he claims has been scorching the streets of New York.

"I am known more for reggae, but of late I have been releasing more diverse songs. The reason this track is getting more buzz is cause it has the Jamaican raw, bruk-out style infused with a bit of the overseas technique that will make listeners realise that as an authentic reggae/dancehall artiste, I stay true to the culture. The single was inspired by my observing a dancer doing a wine at a party that was just steaming like hot water," Bucky Ital said.