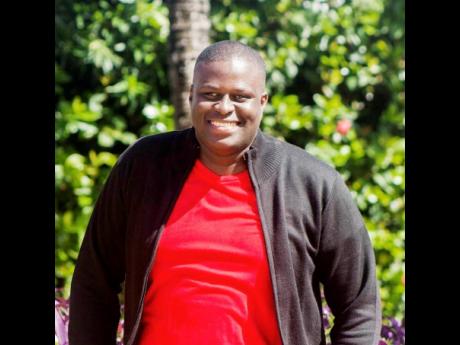 At the start of a new year when many artistes were making plans for their next ground-breaking production, traditional gospel singer Sebastian Braham had come to a crossroads. After making preparations to do a grand release of three cover singles in an EP, Braham met in an accident when he was travelling from Duncans, Trelawny, to his home in St Ann.

Two of his right ankle bones were broken and his knee caps were shattered, leaving him unable to walk.

“It has been an emotional ordeal. I am still in a bit of pain and unable to walk since the accident, which happened in January,” Braham told THE STAR.

Approximately seven weeks ago, the gospel singer did surgery to put bone implants in his ankle, and he is now preparing for weekly therapy to get him back on his feet.

“But as I use the time on my sick bed to reflect, I find myself focused on writing lyrics for new music,” he said.

Each year, Braham hosts a pre-Mother’s Day event in St Ann. However, since he is not able to work, he said that he is not financially able to host the show. Instead, he wants to keep a benefit concert in May.

He is optimistic that persons will support the event. He said that proceeds from the event would be used to cushion the cost of the surgery and therapy.

“The accident was really an eye-opening experience, especially because it is the first time I have been seriously injured,” he said. “It is teaching me a lot to now realise what it means when we say we are making plans anything can happen to change those plans.”

Gospel entertainers Joan Flemmings and Jodian Pantry have pledged to perform at the benefit concert, while Markland ‘Action’ Edwards is expected to act as MC.

Braham said that he is getting the hang of using crutches to walk and prays that he will have the strength to make a brief appearance on stage, even though the doctor has advised that he needs six more weeks for recovery.

“I am grateful for life, and the people (my mother and friends) that have taken time out of their busy schedules to provide emotional support and visit as I go through the recuperation process,” he said.

Following the concert, the gospel singer will move forward with the release of the EP. One of the songs, A Hard Road To Travel Medley is a tribute to Sister Scully, who he names as one of his mentors.

The other two songs are covers of Tommy Walker’s He Knows My Name and Terry Blackwood’s Remind Me Dear Lord.

“Although I am sticking to my style of keeping with the traditional sound, one, or two, may have a contemporary feel to it,” Braham said.