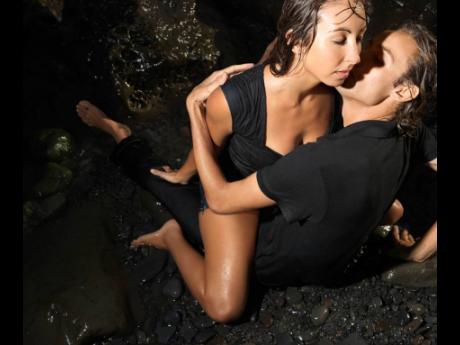 The country has been reeling from recent reports of more cases of women being killed at the hands of their partners and, what’s worse, we continue to hold the women responsible for their own murder.

I want to be very clear: It is not her fault. The person responsible for her death is the man who killed her. Whatever problems he had with her, however valid, becomes null and void once he takes her life. I have heard people say, ‘Well, if yuh don’t want him to kill yuh, don’t tek him tings’.

And while I understand that it is very hard to invest money into making sure your partner is comfortable and then have that partner betray you can be devastating, it does not justify taking that person’s life. There are other courses of action that can be taken.

Yes, I know that men die too, but when we look at the statistics, an alarming number of women are killed by the men who are supposed to love them the most. Jamaican women are second on the list of those likely to be intentionally killed by a partner, according to statistics presented by the United Nations in 2019. The report showed that men were four times more likely than women to fall victim to homicide (they form 80 per cent of all murder victims), but more often than not, died at the hands of a stranger.

Fewer than one in five murdered men were killed by their life partners, compared to 82 per cent for women.

I think that Jamaican culture must take responsibility for the role that it plays in putting the lives of women at risk. Male infidelity is so normal; we act as if men can’t help themselves, especially if the woman is very attractive. We have accepted that even men with amazing women, who satisfy everything that they want, must cheat because there is a shortage of men. They face no real consequence when they do step out.

I’ve personally heard women say that they wouldn’t leave their man if he cheats. Meanwhile, the consequence for her infidelity is grave and sometimes cost her her life. As a culture, we still talk about women as if we are sex objects, and so many men feel that once they spend money on a woman, she becomes his property.

As we grapple with how to address this worrying trend, there are some measures that we can take to move forward.

Ladies, please pay attention to the red flags when they come up. You are your first and last line of defence and you must not ignore your instincts. You cannot change him. He will beat you, too. If he threatens you, he means it. He’s responsible for his actions, you cannot make him do anything he does not want to do.