I am afraid to get married again 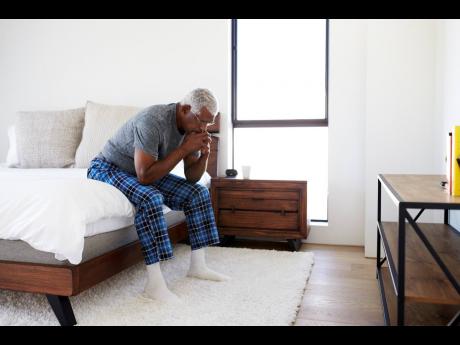 I am asking you for your opinion on a problem I am having. I am 50 years old and I live in the United States of America. I was married twice. My first wife died and I divorced my second wife.

My second wife and I did not get along well. She was too jealous. I heard you talking about jealousy on your radio show recently. I tried calling but I could not get through to talk to you. This woman claimed to be a Christian, but I had to keep my cool many times in order not hit her. I couldn't talk to anybody who wore skirts. She was not Jamaican but she was always cursing Jamaican men.

My first wife was Jamaican, but when I came to live in the USA, our relationship broke down. I met this other woman here and she promised to help me, but I had to get married to her. My heart was not with her from the beginning, but I needed the help, and I wanted to be legal in the country, so I got married to her.

The first problem I ran into was that she did not want to work. She stayed home, watched television and smoked all day. When I got home I had to cook, or I would go to bed hungry. I put up with that for a long while, but after I got my green card I told her that she had to change. She got bigger and bigger every day.

We were living in an area where some women were always gambling. They were her friends. She developed a gambling habit too. My wife accused me of having affairs with all of her friends, even though I didn't like any of them. She did everything for me to hit her so she could report me to the police. However, I never touched her. I came close to it, but I didn't. Sometimes I had to get down on my knees and beg her for a little sex. She would consent to have sex whenever she wanted money to gamble.

I was married to this woman for five years and I cannot show anybody a thing that I have got from this marriage; except for my green card. She smokes packs of cigarette every day. Our divorce has been finalised and I am now in a relationship with another woman, but I am so much afraid to get married again.

The woman that I met is woman is 35. She looks older than her age, and she has two sons. When I met her, she lied to me about her age, but I found out soon after that she was 35. She wants us to get married. I would do so because I find myself loving her and her two sons, who are respectful. Her mother would keep the boys until we are settled in America.

I have paid down on a house in Jamaica and she can stay there until she is granted the green card. Some of my friends say that I am taking a big risk to marry again, but I cannot live without a woman. The father of this woman's children is a policeman, but they are not in a relationship. I find her to be a good woman. Whenever I go to Jamaica, I stay with her and this man has never been there. The only problem I am having is that the church she is attending thinks that it is wrong for her to marry someone who is divorced. She also says that the pastor thinks that I am too old for her.

I would like your advice. I want to do something about my life this coming year.

I have repeatedly said that there is a measure of risk in getting married. One cannot be sure what will happen in a marriage.

It is unfortunate that when you got married in Jamaica your wife and you were not together for a while. You left for America while she remained in Jamaica. Everyone knows that long-distance relationship is very difficult to maintain. Unfortunately, she passed on.

You did not love your second wife and she didn't love you. It was a marriage of convenience. Such relationships don't work very well. She was everything that was bad. She was a smoker, a gambler and a very jealous woman. She squandered your money.

Now you want to try this thing that is called marriage again, I am not prepared to discourage you. What I will say is make sure that you truly love this young woman. You should speak with a marriage counsellor who will assist both of you before you get married.

Don't be angry with her pastor because he is not encouraging her to marry you. Many churches do not believe in divorce and remarriage.

I hope that everything will go right for you this time around.