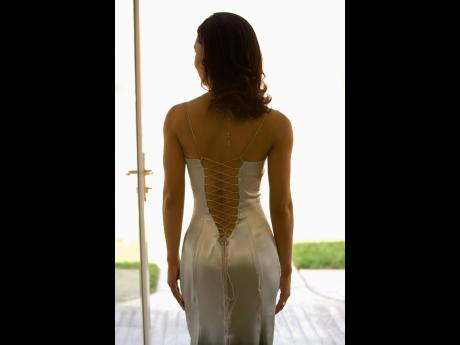 I am a humble farmer. I have been living with a woman for over 20 years, but we are not married. I met her soon after she got married.

However, her husband ran away with a younger woman and that was the end of the marriage.

She and I got together and people who knew that she was married told me that a curse would follow me. So when she came to stay with me, I told her I would give her shelter until she could find her husband. She contacted his relatives, but none of them knew where in America he was. After a while we decided so start sleeping together.

I have two children, but not with her. We had agreed that we would not have children. However, we began having unprotected sex because she said that she would love to have a child with me.

Many people think we are married. We are a very loving couple. We have money saved. I have never kept another woman since we became involved.

We are living in a three-bedroom house that was left for me by my grandparents. Over the years, we added a modern bathroom and a kitchen. Just this year, I put on a new roof. She does her own little gardening at the back. When I met her, she was buying and selling, so she had lots of customers. We bought a little van so she can take her business wherever. My two children live with their mother, but I support them and they don't leave me out. I talk to them almost every day, and my daughter introduced her man to me. He is a police officer and a very nice guy.

I am telling you these things to show you my problem. My daughter said that she and her boyfriend would like to get married, but she thinks that I should get married first. I want to marry this woman, but she is not divorced. She stopped attending her church because it is one of those churches that makes a lot of noise and condemns everybody. They teach that anybody who is divorced and remarries will go to Hell.

Pastor, if she gets this thing straightened out, will you do a little wedding for us, please? We would love that. So please let us hear from you.

First of all, let me say that I am happy that this woman and you are getting along very well. I am also very pleased to know that you have been able to support your children, and that they respect you and communicate with you often. I mentioned that because family is so important.

You and this woman have worked well together. Evidently, you are an ambitious man, and she is also ambitious and hard-working. You respect each other. The only thing in the way is that she was married.

Now, some people would say, how come after all these years she has not been able to find her husband? That may only be strange to some people, but as a counsellor, I know that some women have been married for many years and their husbands have left them. They know that these men are living in America, but they do not know where. Some of these men may be dead.

I am glad your daughter is getting married, and I support her. It would be good for you to get married even before her, but this whole matter of the divorce has to be settled. It is likely that this woman's husband divorced her long ago, but she is not even aware of it. You may say to me that that cannot happen, but I am here to tell you that it can.

A woman told me that she was married. I knew that. She said that her husband had left for America and they were not communicating, and the years had rolled by. She has another man and she wanted to get married to this man, but she was still tied up. I asked her how she was so sure that she was still married. She said it was because she didn't get any papers to prove that he was divorcing her.

I explained a few things and she went to a lawyer. When they went to the man's apartment in New York and handed him a document, he said, 'Hold on, let me give you this one,' and he handed over a divorce absolute. He had divorced his wife, but he did not send her a copy of the absolute.

So what I would suggest, therefore, is that this lovely lady who is living with you go to see a lawyer who has experience in divorce matters. He or she would help her. My friend, whatever help I can give to both of you in the future, I will do so.