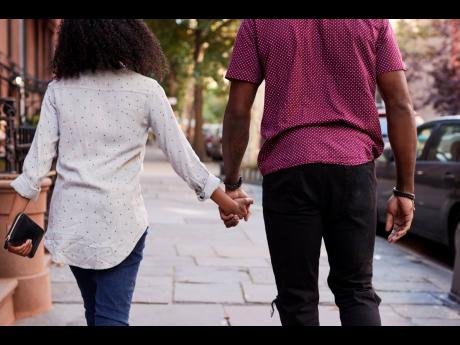 I am in love with a young man who was born at a certain time of the year. We get along very well. But when I introduced him to my mother, she told me that men who were born during that month are not good men.

I was so disappointed in what she said. But the guy and I kept seeing each other and the relationship strenghtened. He got me pregnant. Before I began to show, I told my boyfriend that we should go and see my mother. I was renting a place, and he was doing the same elsewhere. But as soon as I became pregnant, we agreed that we would live together to cut expenses.

When we went to see my mother, she said that she knew something was wrong because she had a dream about it. She said that I was carrying a baby girl. My boyfriend told her that he was sorry he got me pregnant because that is not what we intended. My mother told him that that was what men who were born in such and such a time do. Then she said, 'But I hope you will be different'. My child's father told her that he will prove that he is different.

My mother claims to have the gift of seeing things and she is highly respected in her church. I don't go to that type of church because my mother accused one of her friends of having a relationship with my father. It was not true, but my mother would not back down. She claimed that she saw it in a vision. Some of the people in the church believed my mother because of the gift that she claims to have. Even the pastor of the church listens to my mother when she talks about seeing what people are doing in the church.

My child's father and I are planning to get married. But my mother is still saying that that is a big risk to take. My father told me that I will never get married if I listen to my mother. He calls her an obeah woman.

Your mother needs to go and get a life. I would not mention the month that your mother is talking about, because I don't believe in the nonsense that she has tried to get you to accept.

She has given the impression that she can see things in the future and that she is gifted. But she needs to keep these things to herself. She destroyed her own marriage, and now she is trying to destroy your relationship. Mind you, I shouldn't be very hard on her, because there are many people in the world who believe just like her.

The pastor of your mother's church doesn't know better. He should follow the Bible and be guided by the Holy Spirit, instead of listening to your mother. I want to wish your fiance and yourself well. Always be respectful to your mother, but don't take advice from her when it comes to your man.