My man can’t satisfy me 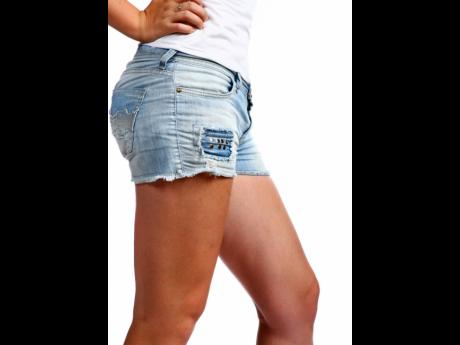 I am 24, and I have been going with a guy for one year. The relationship is going well. But, when it comes to sex, he has not been able to take me to orgasm and I have been faking it to please him. I have got so good at it that he has not yet realised. He always asks me if I climax and then I have to lie. The first time he asked me I said, "You should know," and he felt so good.

I know that men are not happy when their women do not orgasm. They think that they have not done anything to make the women happy. In my case, I have a good man, but there are times when I have not reached orgasm. But I don't want him to feel that he is at fault, so, sometimes I fake. Another time I want him to stop having sex with me because I am so tired, and he ejaculates. But he still tries to get me to reach my peak, so I fake it and tell him he can relax because I am alright. As soon as I say that to him, he relaxes and falls asleep.

Some people say it is wrong to fake, but I would rather fake and have my man rest than to have him pumping his way to try to get me to reach orgasm. I used to have a man that I could not fake with. I tried it a couple of times and he slapped me and said he knew I was lying. I told him that I was sorry. But with my present lover, he accepts what I say. The more noise I make, the happier he is and the more he believes me. When I want him to ejaculate, I become very active and it really helps him and then I put my faking ways into action.

My man likes when I talk during sex. So I tell him the nicest things. Most times I am lying. I am not feeling what I am telling him, but he likes it. I am good at sweet-talking my man. He feels good. He likes to know that he is pleasing me and many times he is pleasing me. But there are times when I have to fake it, especially if I am tired. He just wants to know that I am enjoying the time with him. He repeatedly falls asleep on me after he ejaculates and that is the part I don't like.

Next year we are going to get married. I promise myself that I am not going to fake any more. I want to teach my man how to relax and not be in a hurry to bring me to orgasm. Do you think I can tell him that I have been faking and he has not been the greatest lover? I think I will tell him when I feel sure that he will not get mad.

Whether you want to believe it or not, it is never good for a woman to fake orgasm. It is better for her to tell her partner that she has not and for both of them to learn how they can assist each other in arriving at an orgasm.

You had a boyfriend who knew when you were lying, so evidently you have been doing this faking business for a long time. A man feels inadequate when his woman is always faking. But I have taken note why you have practised this. This man and you should buy good books and read and discuss the matter of lovemaking together. It will help your relationship, especially now that both of you are planning to get married. You have a big role to play in making your man feel that you love and care for him. It might not be a bad idea if both of you make an appointment to see a sex therapist who will help you.

I want to suggest that you cut out the faking business. Your boyfriend loves to hear you groan and your carrying on, and it is amazing that he has not yet picked up your tricks. Perhaps he trusts you so much that he doesn't realise that you are fooling him. So I repeat, both of you should buy good books, read together and learn together. As you plan your wedding, discuss this matter with a sex therapist.