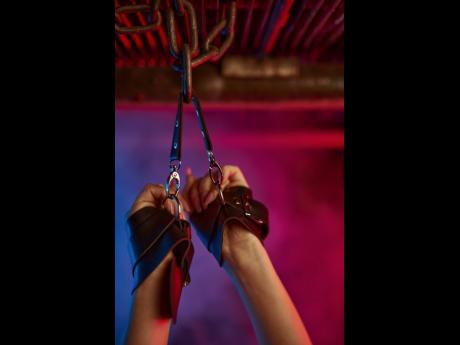 I am 22 years old and I am single but living with a man who has just turned 50. This man and I do crazy things. I am in college, but without him I would not have been studying there.

He has his own business and it is very successful. When he gets home in the evenings, he does not like to see me well dressed. He wants me to show my skin.

We are living in a townhouse that he owns. He doesn't want me to talk too much to the neighbours. Some of them think that he is my father, while others think that he is my uncle. He said that I should answer to whatever they call me. Sometimes we masturbate each other, but there are times when he watches me do it by myself. I call him a pervert but he is not a pervert. He prefers to be entertained by me, instead of going to the club to see women climbing poles. He prefers to give me the money to dance and carry on and to entertain him.

Sometimes I ask him if he would ever marry me, because I am not sure that he would do so. He has two daughters who are living in Canada. They have been here to visit him; one of them is my age. We talk a lot, but the other one does not say much to me. I sometimes wonder what she is thinking.

This man takes good care of me, so I am not ready to give him up.

You may never know what this man has in mind. Apart from saying that this man has two daughters, you did not give anything about his background. I suppose that this man is divorced. One of his daughters and you communicated well when she was visiting, the other did not say much. Perhaps she was wondering what her father was doing with such a young girl as his lover. You did not say that you love this man, but I am assuming that you do. You are not tired of this relationship, and neither is this man tired of you. I hope he would not use you and eventually dump you. That would be unfortunate indeed. Try your best to get a good education while you are with this man. That might be the only lasting thing you may get out of him.