Think my boyfriend may be too old for me 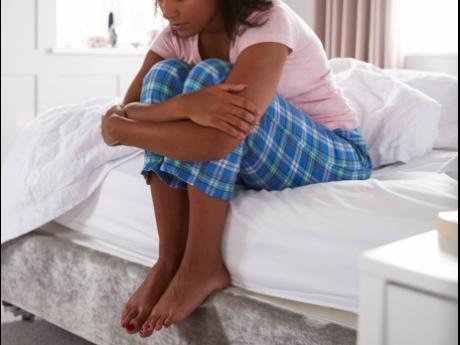 This is the second time that I am writing to you. I wrote to you when I was just 14 years old. I was having a problem and you gave me good advice.

I am now 23. I have one child and I am about to be married. My boyfriend is a good man. He treats me well. But he is not a church person. Whenever I am going to church, he gives me offering and he gives the baby offering too. He said that he believes in that. He grew up with his grandmother and she used to send him to Sunday school and she always gave him offering.

This man is 30 years old and some people say that he is too old for me. But he always tells me that age is just a number. I used to have a boyfriend who was much younger but he didn't treat me well. He was always smoking and gambling. He was always in debt and was always borrowing money from me. Once he and I had a disagreement and he hit me in my face and I lost a tooth. From that day, I hated him. Although this man I am living with does not go to church, he has never put his hand on me.

He has been encouraging me to go back to school. I told him that he should go also but he said education is not for everybody, so I should go so I can teach our son and him also. I don't know if he will change but I love him so much.

Do you think he is too old for me? Please give me your advice.

This man and you are in love. He is not too old for you. How old should a man be? Some women are much older than their men and the relationships go very well.

However, a man should be very careful and consider a relationship long and hard if the woman is much younger than him. He might be playing with fire. I don't want to imply that the relationship will not work because some have worked. But I don't advise that. I have seen too many older men suffer at the hands of younger women who were much younger than them.

This man and you have been getting along well. He doesn't go to church but he has not stopped you from attending. He gives you offering and he also gives some to his child. The younger man you had in your life before you met this man was an abuser. You were quite correct when you walked out on him. Take good care of yourself. Your boyfriend has been encouraging you to go back to school; kindly do so.