Girlfriend is more than twice my age 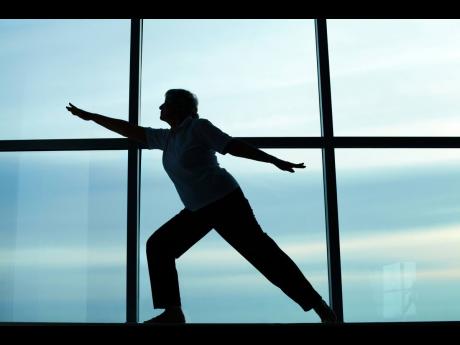 I am 19 and I grew up with my mother, who did her best with me. She sent me to school, but I have always known her to struggle.

She always taught me to have respect for older people. I remember the times we went to bed almost hungry. My father did not support me. My mother said that she did not want any gambler in her life. My father would get paid and gamble all the money away, and come home broke. Mom stopped fussing with him. I can remember that when I was 10, she placed his belongings into a bag. When he came home, she told him that the relationship was over. She had a baseball bat in the house, and she told my father that if he tried to touch her, she would beat him to death. My father left, came back drunk, threatened her and told her that he was not going to leave me. My mother told me that I was not going anywhere with him. This time she said that she was going to the police. He sat on the verandah until he fell asleep. He was gone by morning. My father did not give me a cent to help me through school, but I graduated with four passes.

I am writing to you because I have a problem. I had a couple of girlfriends, but they didn't stay with me. They said that I talked too much about my mother. Some called me a 'maama boy'. I can't deny I am, because I tell my mother everything, and I listen to what she says. In December I will be 20, but the woman I have in my life is 40. I love her so much. She treats me like a second mother. When I told my mother that she liked me, she told me that the woman would only like me as her son. But it's much more than that.

This woman undressed herself in front of me and invited me to bathe her. I was nervous, but then she asked me if I would have a bath with a young girl. I told her I would only do so if the young girl was my girlfriend. She told me that's what she was. So I went into the bathroom and scrubbed her back, and I did whatever she told me to do. That evening I called my mother and told her where I was. This lady wanted me to stay. Nothing stopped her from getting me aroused.

The following day when I went home, my mother questioned me about this woman and asked if I had sex with her. I told her the truth. But my mother said she dreamt that she saw this woman on top of me. She asked, 'Do you love this woman?' and I said yes. I really love the woman, but she is my mother's age. Now my mother is saying she would prefer to see me go with this woman rather than for young girls to abuse me.

My mother does not have a house of her own. This woman does, and her two children are away. What do you have to say about this relationship?

I don't believe that you are ready to have a serious relationship with a woman. Your mother is still controlling you.

Nothing is wrong for a man to have a very good relationship with his mother. But there are some things that should be kept private. You have had girlfriends who left you because they sensed that your mother was still in control of your life, and they were quite correct.

Your girlfriend has you under her control. You even see her as a second mother. That means you haven't grown up. I wonder if this woman would love to know that her son is controlled by a woman her age. The next thing this woman is going to do is to demand all the money that you have worked. Perhaps your mother is looking forward to the day when you move in to this woman's house and take her with you because she does not have a house of her own.

I don't like this relationship, I don't like it at all. I would suggest you try to break it off. I am not saying that a young man cannot marry a much older woman. But this woman is taking advantage of the situation.