The man I had sex with is my cousin! 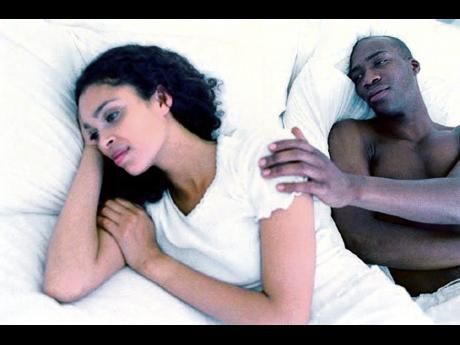 I am 23 and in need of your advice. I met a man about six months ago. We were at a party together. From the time I saw him, I liked him. He said the same thing to me when we got to know each other.

He is just my type, good-looking, tall, intelligent and slightly light-skinned. I like these types of men. He is also a professional and I am in the same field of work. The only thing I don't like about him is that he is still living at his parents' home. He is an only child and is very loyal to them.

He is 25. He travels every year. He is a decent man. We didn't have sex until the relationship was a couple months old and I did not know that it was going to happen. We went for dinner at a hotel and spent so much time talking. He suggested that we spend the night together so we booked a room and that was it. He was gentle.

I never had a boyfriend like that. He is my third boyfriend. Pastor, I got a rude awakening. This man is my cousin. One day he called and said he had something to say to me. He seemed nervous. I could hear the shaking in his voice. He said he was discussing me with his parents and they asked where I am from and if he knew the names of my parents. His father said, "That sounds like so-and-so grand-daughter and so-and-so is our cousin". His father told him that he shouldn't go further with the relationship now that he knows that we are related by blood. I broke down and cried. He cried too. I told him nothing is wrong if we continue.

He does not want to hurt me but does not want to go against what his parents told him. He took me to see his parents and they love me. They confirmed that we are related. We are blood cousins. We are still very close but we don't have sex anymore. Pastor, if tell him that my head hurts, he is right there for me. Why is life so unfair? I am now seeing another guy but my mind is still on my cousin. He is dating other girls. He told me he is only doing it to get me off his mind.

This is so touching. I wish it had never happened. I am sure you feel that way too. Perhaps some folks would say it was good that both of you met and some would say that since both of you are not near kin, you could have continued your relationship and eventually marry.

Many cousins marry each other but many do not let others know that they are cousins. I am happy that you have decided to end the relationship amicably because this man's parents would have been very unhappy with their son, and would not have accepted you with open arms.

You will never forget the relationship but when you meet someone that you genuinely love, the regrets of losing this man who is your cousin would dissipate. However, it may take a long time.

Though some cousins do get married to each other, it is not wise for near kin to marry and the Bible condemns this practice.

Hang on in there, my dear. You will find a good man and when you think you have found him, make sure you investigate before you make a commitment. Make sure you check out his background carefully. You don't want to repeat the mistake that you made.