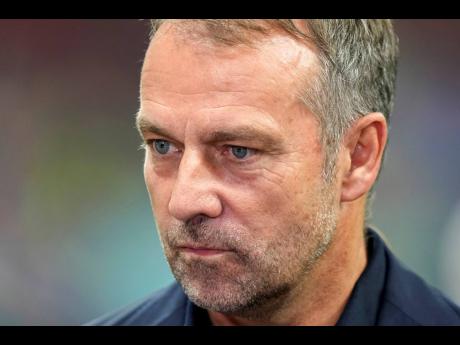 Germany's coach is staying, the head of its league is not.

The German football federation maintained its trust in Hansi Flick as national team coach on Wednesday, despite the disappointing World Cup performance.

Separately, German soccer league Chief Executive Donata Hopfen will leave her position at the end of the month after reaching a mutual agreement to cut short her three-year contract, because of what the league said was "differing ideas about the further strategic direction of the company".

Hopfen's departure -- unrelated to the World Cup -- after less than a year in charge had been expected amid simmering discontent among Bundesliga clubs and teams from the second division.

Neuendorf said afterwards, the body has "full confidence" in Flick to lead them through the 2024 European Championship, which Germany is scheduled to host and which Neuendorf described as a "great opportunity" for the future of football in the country.

Flick left the meeting without a word, but was quoted in a statement from the federation.

"We as a team can achieve much more than we showed in Qatar," Flick said in the statement. "We missed a big opportunity there. We'll learn our lessons from it."

Flick said he was optimistic about Euro 2024, and that he has confidence in the path Neuendorf and Watzke agreed to.

"We want all of Germany to rally behind the national team again at the 2024 European Championship at home," said Flick, who faced criticism for his selections and tactics against group rivals Japan, Spain and Costa Rica in Qatar.