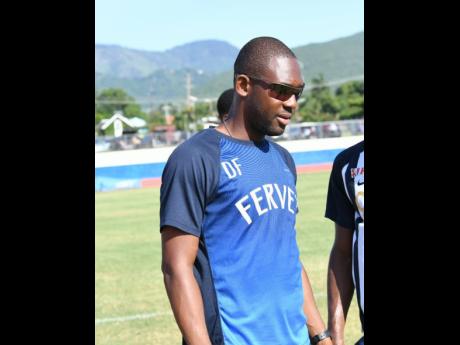 The only guarantee that the ISSA/Champions Cup final will have is that the trophy will be in urban hands. What will be determined is who will win the latest chapter in the rivalry between Jamaica College (JC) and Kingston College (KC) in the battle of the last two Manning Cup champions.

They will face each other for the Champions Cup title tomorrow at the National Stadium at 5 p.m. JC hope to continue the quest for a treble-winning campaign, while KC hope to end their season with a single silverware, after seeing their Manning Cup crown slip this season.

JC regained the Manning Cup title last Friday, defeating St Andrew Technical High School (STATHS) 8-7 on penalties for their 31st hold on the title. It was the third time in five seasons that they were meeting in the final and the third time this campaign they were facing each other. One of those encounters was their Champions Cup semi-final clash, which also ended on penalties.

It is a title that head coach Davion Ferguson said he is motivated to win, being one of the trophies that has eluded him since taking over the reins of the programme in 2019. On their road to the final, JC also dispatched The Manning's School in the quarterfinals.

JC have not had a treble-winning season since 2017, when they claimed the Manning Cup, Walker Cup and Olivier Shield titles in the final season of Miguel Coley's reign as coach.

For KC, a title could be a bright spark in a season they failed to finish with Manning Cup success, having been dethroned by finalists STATHS in their 3-2 defeat in the semifinals.

It could also be the final game in a KC uniform for Dujuan 'Whisper' Richards who has set the schoolboy season alight, with his goals. He displayed his exploits in the Champions Cup in netting in the 2-0 win over Central High in the quarterfinals and again in the defeat of reigning champions Clarendon College, virtually on his own, as he scored all four goals in their 4-2 win in the semifinals.

Victory would be the third title overall in the competition for KC, which includes the Super Cup era. KC have not played a game since their semifinals win two weeks ago, while Jamaica College would have had eight days to recover from their Manning Cup title win.