‘Whisper’ is out of this world – KC coach 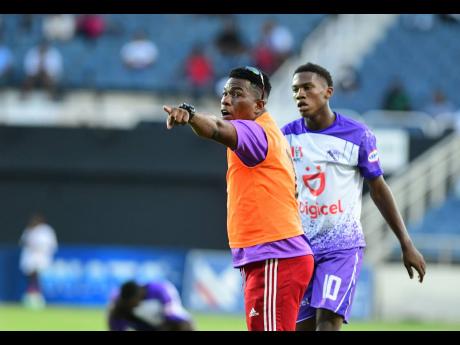 Kingston College's (KC) coach Raymond Watson is calling Dujuan 'Whisper' Richards the best ever schoolboy football player in Jamaica, after Clarendon College (CC) found out last Saturday in the ISSA Champions Cup semifinals what the Manning Cup has known all season - he is difficult to contain.

Richards single-handedly put CC to the sword in KC's 4-2 win, scoring all four goals and will have a chance to end his season with silverware when they face Jamaica College (JC) in the final.

His finishing on the day was praised by neutrals alike, particularly his first goal where he took the ball from his half and dribbled through the defence, before rifling a shot past Clarendon College's goalkeeper Romeo Daniels.

It may have amazed the spectators at the National Stadium but Watson said he has known that element of his game since preseason.

"My technical director was doing some finishing in training with him and I was doing my defensive work and I stopped and went down there and I basically abandoned my session because of what he was doing," Watson said.

"I brought the defenders down there and I said look here. Three or four players would be around him and they couldn't stop him from scoring and it was just amazing. You would have had to be there to see it."

During that preparation period, Watson revealed to his son that Richards was ready to set the country alight.

"And he said, 'daddy you put things mildly. That means that he is really ready'."

In all competitions, Richards is on the brink of 30 goals this season and with intentions of continuing his development overseas next year, Watson is proud of what Richards has done so far.