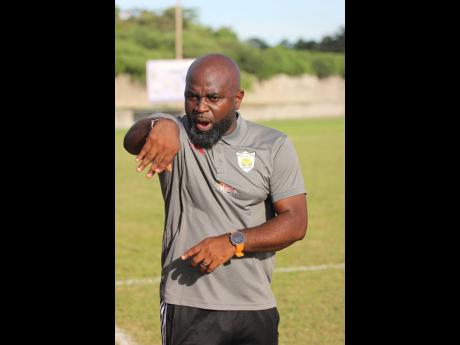 Defending champions Garvey Maceo High are looking to shrug off Saturday's slow start to the round of 16 in the ISSA/Digicel daCosta Cup football competition when they take on Central High at Foga Road High today. Kick-off is at 3 p.m.

Garvey Maceo come into this round of the competition with 45 goals in 10 games but were held to a 0-0 draw last Saturday by Christiana High.

Merron Gordon, coach of Garvey Maceo, said they are looking to get their shooting boots back on, as they look to get all three points.

"We have to try and get it right after starting off slowly.

"The good thing about that game is the fact that we created a number of chances and just didn't get that ball in the back of the net. It wasn't a dull performance. We are going to play our same style of aggressive football and, hopefully, we can get the three points," Gordon said.

Gordon stated that while his knowledge of Central High is limited, he is well aware of the brand of football their coach Jermain Douglas likes to play.

"I don't know much about Central. I have seen them on TV before, however, I know a lot about the coach. We have been coaching against each other from he was at Tacius Golding with female football. I know he is a ball-playing coach and a smart guy. We went to GC Foster also so I have a lot of respect for him and will be planning accordingly," Gordon said.

In the other group game, Manchester High, who drew 1-1 with Central High last Saturday, will face parish counterparts Christiana High at Brooks Park. Kick-off is at 3 p.m.

Also in action will be Group Two matches, in which a resurgent Cornwall College will battle the high-flying resilient William Knibb Memorial High at Drax Hall in St Ann and a wounded Dinthill Technical High look to bounce back against eastern representative Paul Bogle High at York Oval.