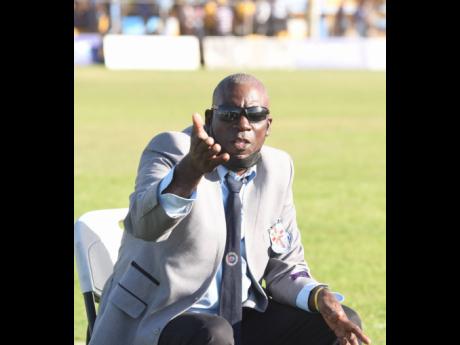 Everton Tomlinson, coach of The Manning's School, is disgruntled over having to play back-to-back 1 p.m. games and an out-of-parish second-leg home match against Charlemont High this afternoon in the second round of the ISSA/Digicel daCosta Cup football competition.

"Coming home now we thought we would take a different approach, the fact that we wouldn't have to travel and would have a 3 p.m. game, however, we were dismayed when we were told by ISSA that we will have to travel again to STETHS to play another 1 p.m. game," Tomlinson said.

"I think it is totally unfair and unreasonable. We are beaten finalists and one of the top five seeded teams and the only one not playing a home game. Also, we are playing two 1 p.m. games. That is punishment," he added.

He noted that despite the odds they will give it their best, as they look to better last season's performance.

"We will be going with all guns blazing to ensure that we give ourselves a path back to the final and the best chance of winning the daCosta Cup. We can't make Charlemont and the organisers get in our way," Tomlinson said.

Tomlinson stated that he was proud of his players who fought hard to come from behind for the win despite going into the game handicapped by delays that affected them physically.

"The first leg was made difficult because of the environment and conditions we had to play under. It took a toll on us but I think we managed it well to come from behind and get the win," Tomlinson said.

Charlemont, who qualified for the second round as a best third-place team, will fancy their chances against Manning's who they lead for a period last Friday before narrowly missing out on a favourable result.

They will have to get things right at the back to stop their free-scoring counterparts with 32 goals from adding to their 16 goals conceded in 11 games. They will, however, take confidence in their ability to find the back of the net with 26 goals scored.

In the late kick-off at 3:15 p.m., STETHS will host Holmwood Technical. The hosts hold a 1-0 advantage from the first leg.