JPL honcho looks to the future 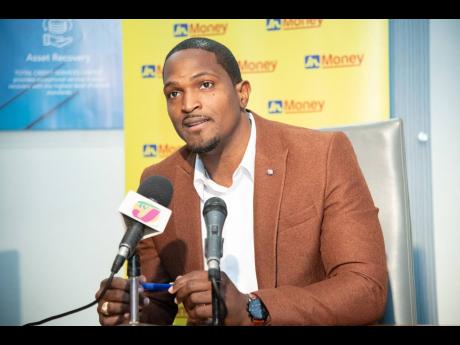 Owen Hill, entering the Professional Football Jamaica Limited (PFJL) as chief executive officer (CEO) at what he calls the right time, is hoping to build for the future as he considers this Jamaica Premier League (JPL) season an important one for various reasons.

The new JPL season begins this weekend, the third season under the PFJL, the marketing arm responsible for the promotion of the league. Last season's runners-up Dunbeholden will face Humble Lion on Sunday in the first game of a doubleheader at 3 p.m. at the Anthony Spaulding Sports Complex with Waterhouse and Molynes United battling at 5:30 p.m.

Hill stressed the importance of the season chiefly because of the expansion to 14 teams, with the additions of Chapelton Maroons and Faulkland FC and the return of relegation to the competition after a two-year break because of the COVID-19 pandemic. Hill, however, expects the competition to be even stiffer for the teams, with relegation and the overall product benefitting from it.

"It's definitely a watershed moment if you want to say, a critical year because it gives the clubs an incentive to play for, but it also allows the competitive rivalry to stay very relevant all the way through to the end of the season," Hill told STAR Sports.

Hill's plans for the season include a pathway for teams to be financially viable and fund their own projects, an objective he hopes to meet with local and regional benefits.

"We are trying to ensure that all the clubs are equipped with the right skill sets so that when we are representing internationally or regionally, we are doing our very best. Not just there as a participatory team but advancing to further stages. If we create internationally a strong product, then you will find better clubs representing our country," Hill said.

Both Dunbeholden and reigning champions Harbour View are scheduled to play in next year's revamped Caribbean Club championship with qualification to the 2023-2024 Concacaf Champions League at stake.

The final game of Sunday's JPL opening day will see Linval Dixon's return to JPL management as coach of Vere United, who face Tivoli Gardens at 3 p.m. at the Wembley Centre of Excellence.