Frome too tough for Rusea’s 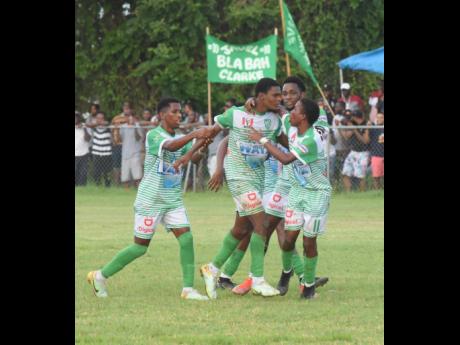 Rusea's found it tough to get going in the game as Frome got everything right tactically. The hosts went ahead in the 37th minute when the unlucky Damar Sailsman headed the ball into his own net from a corner kick. Frome led 1-0 at the break.

Frome came out of the interval picking up where they had left off and would double their lead in the 59th minute through their top marksman Spence. The deflated 'Russians' were certainly not up for the fight and would concede a penalty in the third minute of stoppage time that Javel Clark converted.

The result left Frome top of Zone B with a superior goal difference as they are level on points with Rusea's but they have played a game less.

Despite scoring on the day, Spence believes he could have performed even better and he said he is looking to carry on scoring for his team.

"It's a good feeling (to score in the team's win), however, I don't think I played my best. I know I can do even better and I am hoping to show some improvement when we meet them at our home ground.

"My aim is to lift the daCosta Cup and end as the leading scorer. I don't have a number in my head, I just want to take my chances when I get them and break the school record which I think is 24 goals," Spence said.

The result was also a great belated birthday present for goalkeeper Dennis James who celebrated his 18th birthday last Saturday. Yesterday's result was his third clean sheet as Frome are yet to concede this season.

"It was a good game. We planned for this game so we have to give thanks for the three points, the three goals and the clean sheet. Three matches and three clean sheets so this is a good belated birthday present," James said.

"We are looking to go to the final this year and take home the cup," he added.