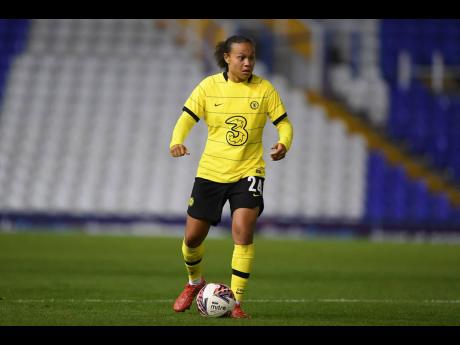 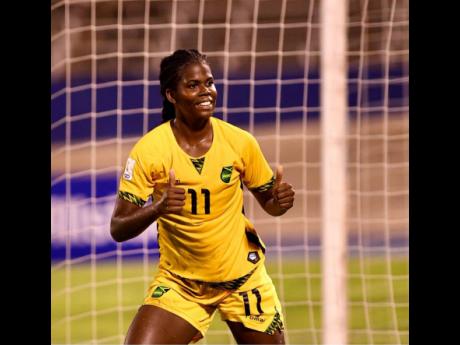 Reggae Girls Drew Spence and Khadija Shaw both scored in their English Women's Super League (WSL) openers yesterday, but the former finished the happier of the Jamaica pair after a superb performance on debut for Tottenham Hotspur.

Midfielder Spence, 29, scored for both teams as Tottenham held on to win 2-1 at Leicester's King Power Stadium, while 25-year-old forward Shaw's 53rd-minute goal proved in vain as Manchester City went down 4-3 against Aston Villa in a thriller at Villa Park.

However, Spence then handed Leicester a lifeline 13 minutes after the restart when she turned a corner into her own net under pressure from Sophie Howard, but the hosts failed to find a cutting edge to level it up.

London-born Spence, who joined Tottenham in June on a two-year deal with the option of an extra year, was Chelsea's longest serving player, netting 50 goals during 238 appearances.

Spanish Town-born Shaw headed in a leveller from captain Steph Houghton's nod back across goal, but Villa had the final say in their first-ever win over the Blues, who until yesterday had won all four of their previous meetings by an aggregate score of 17-0.

After finishing third last season City boss Gareth Taylor said the focus would be on winning a first WSL title since 2016, but there was an unfamiliar feel and look to City's starting XI.

Ellen White, Jill Scott and Karen Bardsley have all retired, Lucy Bronze and Walsh have moved to Barcelona and Georgia Stanway and Caroline Weir have joined Bayern Munich and Real Madrid, respectively.