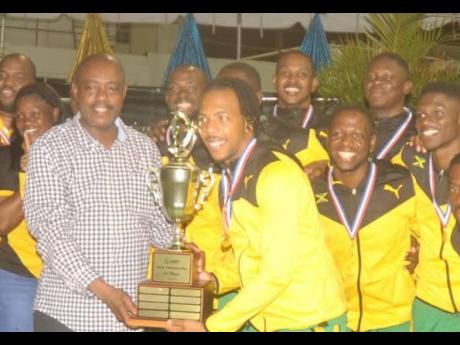 Jamaica Suns' coach, Shawn Murdock, is calling for more support after the national men's netballers won their first international tournament on Sunday in St Vincent and the Grenadines.

In an interview with THE STAR, Murdock stated that he hopes the victory will also help to boost the profile of netball among the island's men, with more people starting to take them a little more serious as they try to match their women counterparts, the Sunshine Girls.

"This is a big thing for male netball locally because we have the legacy of the Sunshine Girls. We went in there with a load on our shoulders trying to match what the females are doing and in the end, it went well for us and we came out on top," Murdock said.

"I think more support is needed if we are going to grow male netball in Jamaica. I think that any support that we can get is going to be good for the sport of male netball.

"We got some support from corporate Jamaica and the Government as well for this trip, so that is good and it is a step in the right direction. It is only up from here for male netball and so I only see the future as positive for the sport of male netball," he continued.

Jamaica Suns outclassed St Vincent and the Grenadines 52-33 to win the Americas Netball Championships in front of a fair-sized crowd at the Arnos Vale Sporting Complex on Sunday.

They were unbeaten in the tournament as they also recorded a 45-24 victory over Grenada's Spice Boys, while turning back the challenge of Antigua and Barbados Flyballers 65-32, before beating guests South Africa 38-36.

According to Murdock, he is happy with the performance of the players as they displayed good quality throughout the tournament.

"It is a great feeling because we prepared well for this championships and so the results are quite satisfying. We went in with a lot of unknowns, but the guys did the best that they could and they performed well for the most part. So we are happy that we were able to win.

"It (tournament) was very difficult because every team brings something different. There were no two teams that were the same, but South Africa gave us the most problems because we only won that game by two goals, Murdock said.