Dixon looks to youth for Vere 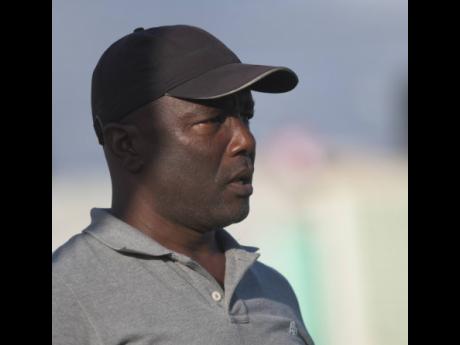 Linval Dixon is happy to return to the Jamaica Premier League (JPL) as head coach for Vere United as it will enable him to continue his commitment to youth development at the Clarendon-based football club.

According to Dixon, his desire to return to the JPL never diminished and the focus on youth will be key, which he hopes to revolutionise Vere United and ensure that they secure survival for the upcoming season.

"I was always ready to contribute because I have such a passion for football from playing during my time and to give back to young players and to give them support," Dixon told STAR Sports.

"Vere kept calling and I accepted because what they wanted is something that I buy in to help further.

"I love to work with the youths, especially the schoolboys to play in Premier League. It gives me added motivation to help the youngsters going forward," he continued.

Dixon's last head coaching job in the league was at Portmore United from 2015-2017 and he said that he yearned to return to the league during the five years away, but still believes his hiatus was beneficial in his evolution as a coach.

He hopes to use his time at Portmore as well as being part of the UWI FC coaching staff to show his growth, while also tapping into the talent on offer in Clarendon.

"I continued learning, wanting to help, want to assist, want to drive players to do their best and I look forward to helping all of those youngsters down there.

"I spent much of my football career in Clarendon and to get the opportunity to coach there and to develop youngsters from Clarendon it is always a pleasure and motivation for me to help the youngster as far as I can to push them to realise their talent," Dixon said.

According to Dixon, he has faith in Vere rebounding from a difficult season, which ended in July, with Harbour View winning the title. Vere finished ninth in the regular season.

They will have to quickly get their footing in place this season, with the return of promotion and relegation from the island's premier football competition. Last season none of the 12 teams in the league were eliminated.

"It is going to be a tough season. It is an added pressure and motivation for us to get the team forward. It will always be hard but once the players are willing and ready to go, then I don't see why we can't get close to the top half of the league," Dixon said.