Downswell sees positives - We did well defensively in the first half, says JFF’s Director of Football 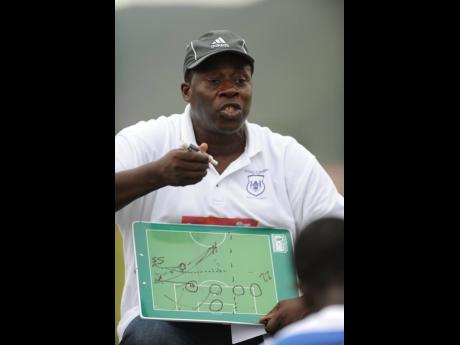 While the locally based Reggae Boyz suffered a 3-0 defeat to Morocco in their international friendly yesterday, Jamaica Football Federation (JFF) Director of Football Wendell Downswell said that he is encouraged with the performance of some of the players as well as their long-term futures.

Goals from Ahmad Hamoudan in the 33rd minute and second-half strikes from Mohamed Nahiri in the 74th minute, and second-half substitute Reda Slim in the 80th minute powered Morocco to victory in Jamaica's first game of the four-team tournament in Vienna, Austria, having gotten extra time to prepare with the cancellation of last Saturday's game against Ghana

Downswell said that their fitness caught up with the team down the stretch but was pleased with how they started the game defensively despite the error that led to the opener.

"I think that despite the scoreline we did well defensively in the first half. In the second half, you could see that the legs were going in terms of conditioning and therefore it resulted in the other two goals. But overall once we are able to play more in an environment of this nature and against quality teams as a result, it argues well for their development," Downswell said.

The team is mainly comprised of locally based players currently entering their preseason programmes with some getting their first taste of international football. While acknowledging the inconsistency of the play, Downswell highlighted the importance of keeping the group motivated and focused for the long term.

"Having them play in an environment with a team of this magnitude augurs well for us once we are able to keep this crop of players. Overall when you look at it we saw some bright prospects as it relates to us now having a group of local-based players that we can heavily invest in and look forward to good things," Downswell said. "With games like these, they will only get better as it relates to their personal development and to develop as a team"

National coach Merron Gordon, who is taking charge of the team during this tournament, praised the effort of the new-look team in how they initially defended although they were unable to maintain the intensity.

The Reggae Boyz will play Qatar in their final game on Friday.