Coach tells Reggae Boyz to look to the future 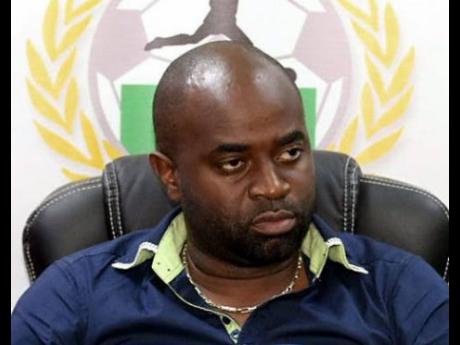 Head coach Merron Gordon wants his new-look Reggae Boyz to use today's friendly international against Morocco to boost their international and professional future while adjusting to the requirement of performing at the international level.

The Reggae Boyz will open the four-team Austria Mini Tournament later than scheduled today against the Atlas Lions at 10 a.m. (Jamaica time) at the Rudolf-Tonn Stadion in Vienna, Austria. The team had additional preparation time than anticipated as Saturday's game against Ghana was cancelled as the latter arrived late in the country.

Gordon, who is taking charge of the team in the absence of interim head coach Paul Hall, has the full complement of his 27-man squad, with the arrival of veteran defender Adrian Mariappa on Sunday. The Reggae Boyz mostly comprise of local-based players, some getting their first opportunity of international football at the senior level.

According to Gordon, no matter the result, the tournament will prove useful to those players as they hope to be a consistent part of the Reggae Boyz and secure their professional futures.

"Watching international football and playing it are two different things, it is a different pace, different level and different organisational structure. So I think this will expose them and at least prepare them for what is to come for those who will move forward with the Reggae Boyz and even more forward overseas to play professional football.

"It is always a good thing for them. One thing I love about the group is that they are trying their best and they want to put their best foot forward," Gordon said.