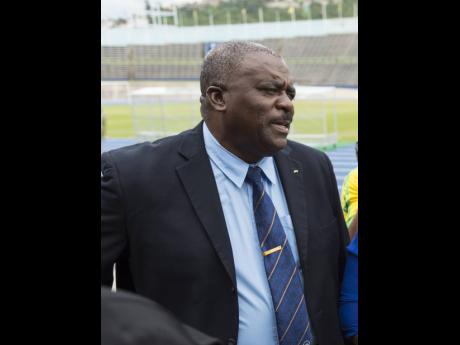 Anderson confirmed that the 2022/23 season will continue with a two-round regular season format along with the established play-off format. With the number of teams increased from 12 to 14 for the new season all teams will have a 26-game regular season.

Anderson said that after consultation with the Professional Football Jamaica Limited (PFJL), they determined that the schedule, without the traditional third round of games, would give teams an adequate amount of hours on the field.

"The competition committee looked at it with some suggestions from the PFJL. Based on all of the logistics we are saying that they can have the same amount of match time without having the cross-zone," Anderson told STAR Sports.

The format has been changed for the past two years because of the COVID-19 pandemic, with the 2021 season only playing one round of games. Anderson said that with the increase in the number of teams in the competition as well as a proposed knockout competition between the Premier League and tier-two clubs, there will be no issues regarding insufficient playing time while sticking to their intended weekend schedule.

"All clubs will have the same amount of time to play so we don't have an issue with that. If we increase the number of games then that means we will have to extend the competition some more or play some more Wednesday games," Anderson said. "We want to try and stick as much as possible to weekends. And there will be a knockout competition that will be played also so they (players) will not lose out on anything."

While no timeline has been determined for the knockout competition, PFJL chairman Christopher Williams confirmed that they are looking to add "another opportunity" for the upcoming season. Williams said that they are targeting an October 23 start to the season pending approval.