WI save face with win 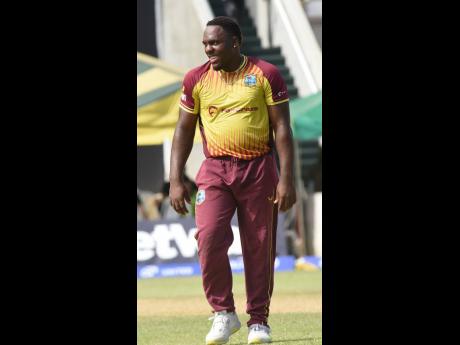 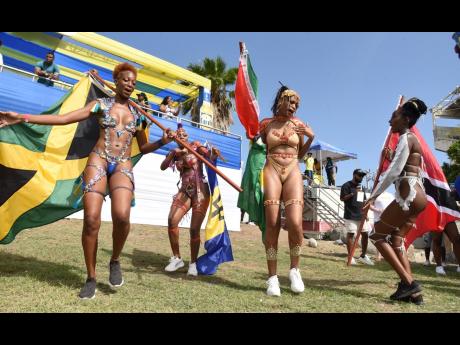 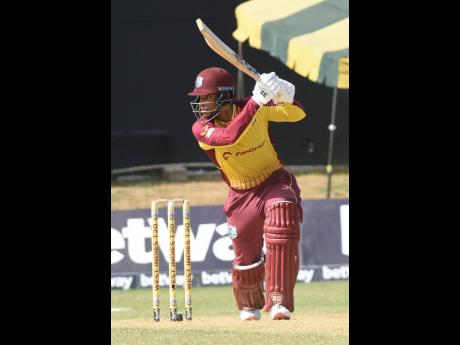 West Indies batsman, Brandon King, drives during his innings of 53 in the third T20I cricket match against New Zealand at Sabina Park on Sunday. West Indies won the match by eight wickets. 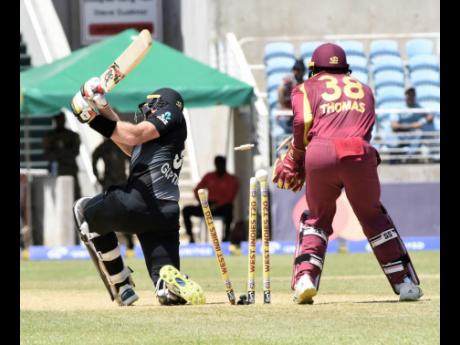 Above: Martin Guptill of New Zealand is bowled by West Indies spinner Akeal Hosein (out of picture) during the third and final T20I match at Sabina Park on Sunday. At right is West Indies wicketkeeper Devon Thomas. West Indies won the match by eight wickets but lost the series 2-1.
1
2
3
4

WEST INDIES under the guidance of stand-in captain Rovman Powell managed to salvage some pride in the last fixture of their three-match T20I series by registering an eight-wicket victory at Sabina Park on Sunday.

Batting first, the touring New Zealanders were restricted to 145, their lowest total of the series, with the in-form Glenn Phillips, who was voted Man-of-the-Series, top- scoring with 46 runs from 21 deliveries.

Jamaican Odean Smith was the pick of the West Indies bowlers as he bagged career-best figures of three for 29 from his allotted four overs.

In reply, an opening 102-run stand between Brandon King and Shamarh Brooks enabled West Indies to amass 150 for two wickets, with one over to spare.

Captain Powell saw the Windies home with a cameo of 27 not out from 15 deliveries, inclusive of the game-winning boundary.

Speaking in his post-match interview, Powell said he was pleased to be captaining West Indies for the first time but also happy with the display of his players throughout the match.

"As a boy, you dream of playing for the West Indies, so imagine captaining the West Indies in front of my home crowd. That's a special feeling. Last night I spoke with the guys and asked them for their support, and they gave me that today," said Powell.

The West Indies, who made four changes before the start of the third and final game, with regular captain Nicholas Pooran among those rested, had a new-look bowling line-up for Powell, something he said he planned out overnight on how he wanted to execute today's job.

"We sat and we talked last night about how hot the place is. I didn't want the pace bowlers to be bowling two, three overs on the trot, so that's why I chopped and changed, just to keep them fresh and keep the New Zealand batters guessing," Powell added.

With the West Indies losing the T20I series 2-1 and avoiding their first whitewash in the Caribbean by New Zealand, the attention shifts to the ODI series, which will bowl off Wednesday in Barbados.