Thomas levels up with Dawkins 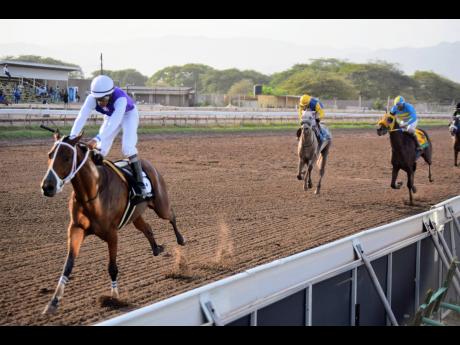 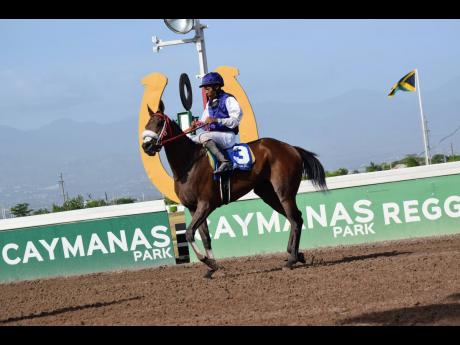 CHAMPION jockey Anthony Thomas levelled with challenger Dane Dawkins on 45 winners yesterday by landing both sections of the divided feature, the Mr Lover Lover Trophy, at nine furlongs and 25 yards.

Responding to Dawkins going two up by landing BERNING RED in the second event following his four-timer in Saturday, Thomas rode well-timed races aboard SUNSET SILHOUTTE and I REALISE to keep the race tight atop the jockeys'standings.

Aboard Jason DaCosta's SUNSET SILHOUTTE, Thomas had to chase down 10-1 outsider UNRULY DUDE with Robert Halledeen, sweeping past close home for an eventual two-length win after seemingly being outsped down the backstretch.

A half-sister to former champion She's A Maneater, SUNSET SILHOUTTE, clocked 1:57.3, a full second quicker than the gelding, I REALISE, who duelled 76-1 outsider PRINCE SANJAY before quickening away early in the stretch run.

DaCosta saddled two winners on the 10-race programme, striking earlier in the second event with HEART OF A LION, to stay on course for his first title after narrowly losing to champion Nunes last season.

Racing continues at the weekend with another Saturday-Sunday meet.