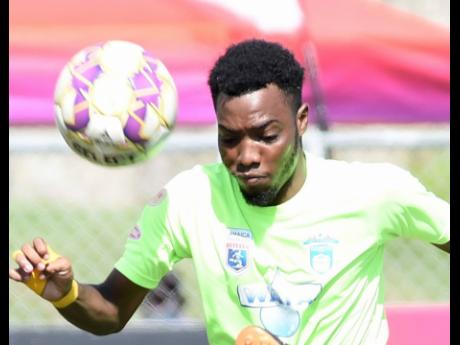 A double strike from Andre Fletcher carried Waterhouse to a 3-0 win over nine-man Cavalier in a rematch from last season's Jamaica Premier league (JPL) final at the UWI-JFF Captain Horace Burrell Centre of Excellence in St Andrew on Monday.

Fletcher fired the Drewsland-based team in front in the 18th minute.

However, Courtney Allen had a chance to equalise but he blasted over the bar from close range.

A minute into first half stoppage time, Waterhouse capitalised on poor defensive play by Richard King to set up Fletcher, who slotted past Jeadine White from six yards.

Waterhouse controlled the second half and had good chances through Andre Leslie and Denardo Thomas, but could not take advantage.

Cavalier conceded a penalty in stoppage time when White was judged to be late for a ball between him a Devroy Grey.

Chevon Stewart converted the resulting kick to put his team 3-0 up.

At the end of the match, Topey also saw red after something said to referee Odette Hamilton.