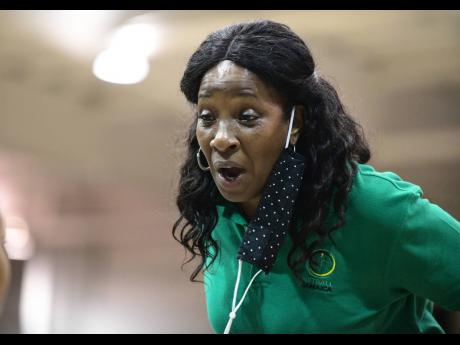 Facing the prospect of their first series loss to England since 2013, Jamaica's senior netballers will hope to mount a response in the second Test of their three-match series tomorrow at 11 a.m. at the Motorpoint Arena in Nottingham.

The Sunshine Girls lost 55-45 in Sunday's first Test in London, with the team being outscored 30-19 in the second half after taking a slim 26-25 lead into half-time. Captain Jhaniele Fowler scored 40 of Jamaica's points from 41 attempts but senior netball head coach Connie Francis says that she would like to see more consistency from her players, especially from those who may be called upon to play different roles.

"It's about being disciplined and working to make changes as quickly as possible. Some players (in the first Test) were playing out of their comfort zone and it worked in parts," Francis told STAR Sports. "I would like to see it work for more minutes in the game."

England head coach Jess Thirlby told Sky Sports after the first Test win that she was pleased that team was able to withstand the pressure that the Sunshine Girls initially displayed as well as hinting that they have more in the tank to display in the final two games of the series.

"Jamaica did ask questions of us, but I thought that we did a lot of it [the damage] to ourselves. We closed spaces in attack but we didn't open spaces particularly well and it just took us a little while to find our feet," Thirlby said.

"Jamaica don't ever let you win easily, so to come away with a 10-goal victory when we know that we haven't really hit our straps, is pretty impressive."

The third and final Test will be played on Sunday at tomorrow's venue.*