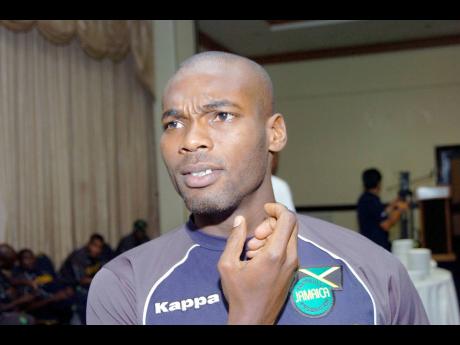 Although the Reggae Boyz are currently on the backfoot with back-to-back defeats to start their Concacaf World Cup qualifying campaign, former national striker Omar Cummings says that the early standings still give the team a chance to make up ground in their chase for Qatar.

Jamaica lost their home opener 3-0 to Panama on Sunday which sees them rooted to the bottom of the eight-team table with zero points following Thursday 2-1 defeat to Mexico at the Estadio Azteca. The United States, Canada, El Salvador and Honduras have back-to-back draws from their opening two games all have two points. Costa Rica, after their loss to Mexico on Sunday, have one point from their two games. The Mexicans head the table with six points. Panama are in second with four points in the eight-team final round.

Cummings says that the small gap in the table still leaves an opportunity for the Boyz to right the ship.

"No one is not too far away. Yes, Mexico have six points but if you want a team like Mexico that is leading right now to keep winning that's fine because they are going to beat your rivals and so take away points from them," Cummings told STAR Sports.

However, while Cummings believes that it is still early days regarding the qualifiers, a result tomorrow against Costa Rica will be critical in giving the Reggae Boyz something to hold on to end the current international window

"In World Cup qualifying games in general the rule of thumb is to win your home games. If you can pick up a point on the road, if you can win on the road you will be in good standing. With that said I wouldn't call this a must-win but we need to go there and get a point," Cummings said. "If you don't, it just gets that much more difficult. Not only with the qualifying but also with belief and motivation for the players. If you go three games and you don't win, it's not looking pretty good."

Jamaica left the island yesterday morning without the majority of their Britain-based contingent who have declined to travel to countries on the United Kingdom's red list for COVID-19. One change has been made to the squad which travelled to Mexico. Humble Lion's Jevaughn Watson replaced Cavalier's Richard King who did not have the necessary travel documents to travel to Costa Rica.