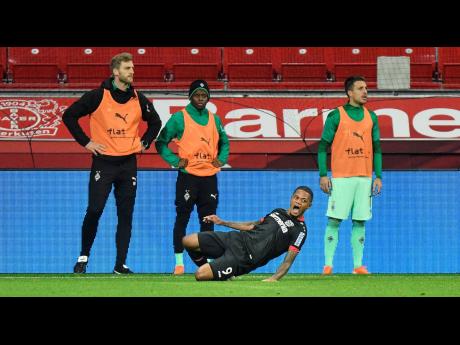 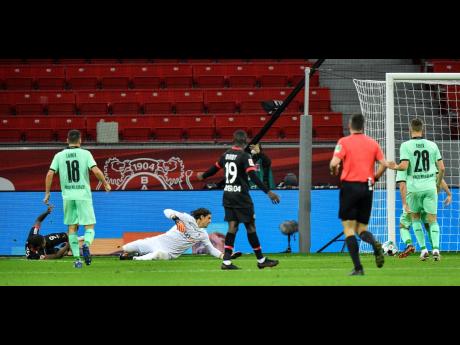 National striker Leon Bailey's rich vein of form ensures that his German club, Bayer Leverkusen, maintain their top-four position ahead of the international break as he scored his first league goal of the season in their 4-3 win over Borussia Monchengladbach in their Bundesliga match yesterday at the Bayer Arena.

The 23-year-old Bailey, who managed to finally get off the mark in their Europa League win over Hapoel Beer Sheva on Thursday, scored his first league goal since March in the 68th minute as Leverkusen came back from two goals down and held off a late surge to register their fourth straight win of the campaign.

Leverkusen were behind in the 18th minute as Lars Stindl converted from the penalty spot for the earlier lead; however, Lucas Alario equalised in the 27th minute. Two minutes later, Gladbach retook the lead thanks to a great finish from Stindl for his second of the game and his fourth of the season, but Alario managed to restore parity for the home side four minutes before half-time.

Bailey gave Leverkusen their first lead all game as he latched on to a Moussa Diaby pass and fired low into the net. Julian Baumgartlinger scored their fourth of the game in the 82nd minute, but were given a late scare when Gladbach cut the deficit to one with a brilliant effort from Valentino Lazaro in the final minute of extra time. However, it proved to be no more than a consolation as Leverkusen remained unbeaten in league play and in fourth place with 15 points.

Leverkusen manager Peter Bosz on October 26, following their 3-1 win over Augsburg, said that Bailey is finding his form quickly despite his rough start to the season and his frustrations last campaign.

"Leon had it very hard last year and early this season. But I see that he gets better with every game, physically, but also in terms of his football," Bosz said.

Bailey is expected to join the national team in Saudi Arabia shortly for the upcoming friendlies against the host nation on November 14 and 17.