Waterhouse FC crash out of Concacaf league - ... after 3-1 loss to Haitian club 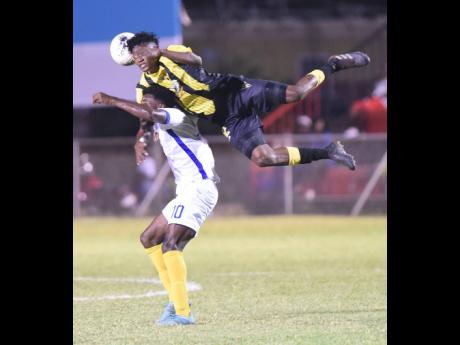 Richard Calixte and Wendy Louis-Jean did the damage in the first half, while Johnny Pierre Paul added another in the second as Waterhouse struggled in their first competitive game since March. The coronavirus pandemic suspended and ultimately cancelled the 2019/20 Red Stripe Premier League (RSPL) season leaving them inactive for eight months, while Arachaie had previous games under their belt having already begun their domestic season.

It only took 12 minutes for the visitors to take the lead after Calixte's long range shot was punched by Chambers but sailed over his head and into the net. From there, Archaie had the better of the chances and doubled their advantage in the 31st minute, thanks to a well taken volley from Louis Jean. Waterhouse had difficulty creating any clear-cut chances and their backline were put under consistent pressure from the Haitians.

Pierre Paul stretched the lead to three in the 58th minute tapping home from close range after Chambers saved an effort from Clifford Thomas. Howell provided Waterhouse with some hope in the 81st minute, finishing low into the corner. However, Arachaie held on for the win despite coming under pressure in the closing stages of the contest.