Reid’s goal helps Fulham to first win of the season 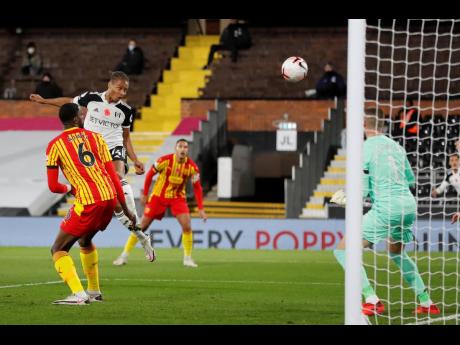 Both goals came in the first half as the 27-year-old Reid scored his second goal of the season, followed by full back Ola Aina with a superb strike to give Fulham a much-needed three points this early into the season.

Fulham have gone six games without a win coming into yesterday's game, conceding 14 goals and only scoring six, which has recently put manager Scott Parker under pressure.

The home side started on the front foot and got their reward in the 26th minute when Reid redirected a header from target man Aleksander Mitrovic to give Fulham the lead. They got their second four minutes late when Aina unleashed an outstanding effort from outside the box, which gave West Brom goalkeeper Sam Johnstone no chance. Reid had an opportunity to finish the game late in the second half from close range, but the shot hit the elbow of a West Brom defender, and though there were appeals for a penalty, none was given.

The win moves Fulham out of the bottom three in 17th place with four points, while West Brom have now slipped to 18th place and into the relegation places. Reid, as well as teammate Michael Hector, have both been selected for the Reggae Boyz upcoming friendlies against Saudi Arabia on November 14 and 17 in Riyadh. Their last club game before the international break will be an away trip to 14th-placed West Ham United on Saturday.