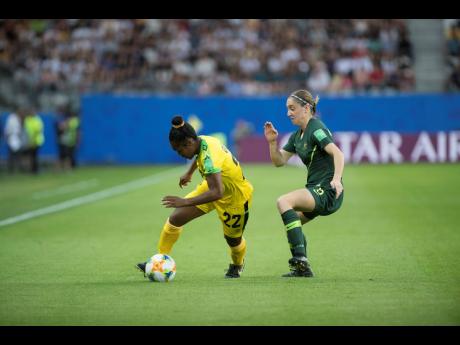 With the target still to have a camp for the national senior women's team before the end of the year, coach Hubert Busby Jr expects that the squad will only be made up of overseas players in order to adhere to COVID 19 protocols.

The Reggae Girlz have been inactive for eight months.

Busby says that the proposed camp will most likely be in Europe, as a significant number of the members of the squad are already on the continent.

Attempts are still being made for an international friendly before the year concludes; however, he says that the priority is on the camp, which he hopes can be finalised shortly.

"I do think that it might be difficult to get a friendly, but we are still looking. I think what is absolutely imperative and what needs to happen from our point of view, is for us to get a camp and we are literally, as of today [Monday], continue to look at opportunities, and we hope within the next week to 10 days that we can finalise a camp, more than likely before the new year. "

The participants would include those who played in the recently concluded National Women's Soccer League season in the United States, as well as those now playing in Europe and possibly those currently in their collegiate seasons.

Acknowledging that the constant changes in protocols have made finalising plans a challenge, Busby is hopeful of a positive outcome.