Western Grandstand- A big ‘No’ to the ‘dissing’ of ‘Tappa’ 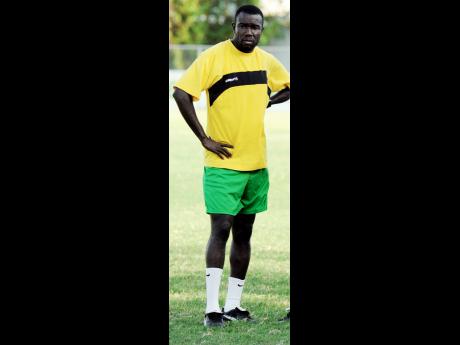 As one who has dabbled in football refereeing, coaching and administration, I think I am more than qualified to say that I know what it is like to feel the wrath of irate fans who think it's OK to resort to expletive-laced tirades to vent their anger.

While it was my style not to respond, I can remember at least one former St James referee, the late Leopole 'Ticksy Brown' Robinson, who would not only shout back equally offensive words to his detractors, but would sometimes settle the matter with his fists.

Giving me very little chance to respond, the not-so gentleman proceeded to point out a variety of errors which he claimed Whitmore made, including protracted delays in making changes. In fact, at one point he declared that had he been in charge of the team, they would have won easily.

In the limited opportunities he gave me to talk, I pointed out hat based on the number of easy chances St James High squandered, the blame should be placed on the wasteful strikers, and not coach Whitmore.

After the fan calmed down and left, I, too, began reflecting on the game. While it is true that Whitmore could have employed different tactics and probably would have ended up with another result, the truth is, as the coach of the team, it is his business to decide matters such as playing style and team tactics.

While I would not deny any fan his right to make his feelings known whenever he is peeved, I believe it is absolutely wrong for any fan to say the kinds of disrespectful things that St James High fan said to me about Whitmore, whom I know to be one who embraces constructive criticisms.

I know for a fact that Whitmore is a man who hates losing, and that is probably why he played with such passion during his illustrious career, which spanned well over 50 games for Jamaica. I am, therefore, flat out rejecting any suggestion that he would have taken a nonchalant attitude towards the game against Excelsior.

On further reflection, I found the comments even more offensive, as they were made a mere three days after the St James Parish Council presented Whitmore with its prestigious 35th anniversary Trail-Blazer Award for his exemplary service to sport in the parish.

As one who was a member of the physical education department at St James High while Whitmore was a student there, I must say I am extremely proud of his accomplishments, especially the two goals he scored against Japan in the 1998 World Cup in France. I am also quite pleased to see him back at the school, coaching the daCosta Cup team.