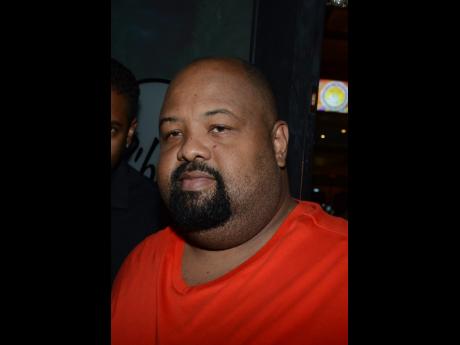 Trainer Solomon Sharpe has made his intentions clear with YOGA in tomorrow's 1200-metre Flossie McNeil Memorial, calling in four-kilo claiming apprentice Jerome Innis to partner the speedy filly, replacing Wesley Henry who was aboard for the last three outings.

YOGA almost pulled off a 6-1 upset with Henry aboard last week Monday, caught close home by DINNER BY SEVEN, at 1100 metres, after shaking loose of FIRE ALARM at the top of the straight.

Penalised four kilos for that second-place effort, YOGA should have carried 55.0 tomorrow but is back at the 51.0 due to Innis' bug claim, making Sharpe's filly a runner-up without a penalty.

Renewing rivalry with FIRE ALARM, YOGA will also face other speedsters such as LOVE TRAIN, JESSE'S FAVOURITE, FIRE ALARM and RAISING THE BAR, in addition to Fitzroy Glispie's FEARLESS FURY, a runaway winner on debut last December, returning off a 10-month lay-up.

FEARLESS FURY, however, has not really sparked at exercise. Galloping alongside PRINCESS SHINE, a stayer from Glispie's barn, FEARLESS FURY was beaten by the mare in a five-furlong spin last Saturday morning, clocking 1:02.1 to her stablemate's 1:02.0.

YOGA, however, showed improvement last time out, repelling speedy FIRE ALARM down the backstretch to turn for home two and a half lengths clear and still running powerfully at the furlong pole, losing by a length and a half behind 1:07.1.

Having already shown that she has FIRE ALARM's ticket, YOGA also seems to have the measure of LOVE TRAIN and JESSE'S FAVOURITE. LOVE TRAIN bled through lasix on last when sixth behind GOLD MEMBER at 1000 metres straight on October 10.

That marked the second time in five races LOVE TRAIN had bled through lasix, making her suspect in a race with matching speed at 1200 metres, especially having to get away from post-position three with 54.0 kilos.

JESSE'S FAVOURITE reports light with 48.5 kilos, benefitting from an apprentice claim, but has never gone beyond five furlongs. Trainer Philip Feanny removing the visor suggests he doubts her stamina at 1200 metres.

The run-on horse who has worked best is Glispie's VINTAGE RUCKUS. Unlike her stablemates, she got five and a half furlongs at exercise last Saturday, posting 1:09.2, last five in 1:02.0.

VINTAGE RUCKUS was down the track behind SILVER CLOUD, REGALLY BOLD and ANOTHER BULLET, at 1500 metres, September 19 but could spring a shocker from her outside draw if the speedsters run kamikaze backstretch splits.

This weekend, the STAR Post To Post tipsters seem to be reading from the same playbook, hardly differing in most races, suggesting it should be a good day to cash in on a Pick-6 Accumulator after which the competition is fashioned.

The Post To Post Pick-6 Accumulator requires bettors to accumulate six horses, or a permutated combination, with a guarantee that winning bets are doubled.