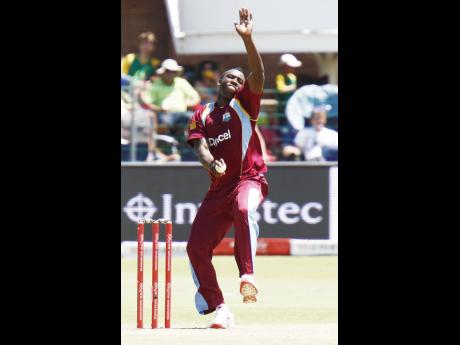 West Indies all-rounder Andre Russell will campaign in the South African Ram Slam Twenty20 League for a second straight year after signing for VKB Knights ahead Sunday's start of the new campaign.

Russell, currently on tour with the West Indies limited overs side in Sri Lanka, is set to link up with the Knights from November 15.

Last season, the 27-year-old was one of the leading players for the Knights, scoring 182 runs at an average of 30 and a strike-rate of 200, to fire them into the final of the championship where they eventually lost to Cobras.

His half-century against Dolphins at Diamond Oval one of two he scored in the competition came from 19 balls and equalled the fastest-ever Twenty20 fifty in South African domestic cricket.

The innings catapulted Knights into the playoffs.

Russell was also great with the ball, taking 13 wickets at an economy rate of seven.

The Jamaican has emerged as one of the most in-demand T20 global stars and also represents Kolkata Knight Riders in the multimillion-dollar Indian Premier League.