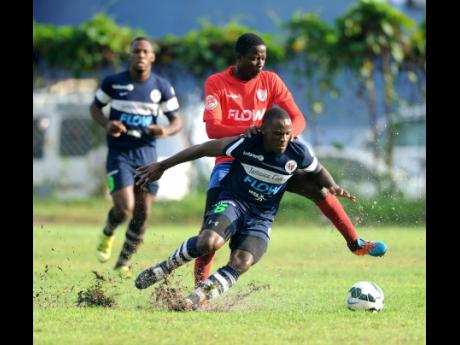 Describing outstanding ailing footballer Jordan Foote as "a young man with potential and a lot to give back to society", Holy Trinity High School principal Margaret Bolt is rallying Jamaicans, friends of football and the public to assist the player with funds to have leg-saving cancer surgery.

They were eventually beaten by Jamaica College, but the midfield player inspired a school, a team, and a community.

Unfortunately, Foote, who was adjudged most valuable player of the Knox pre-season tournament among Glenmuir, Manchester High, and Holy Trinity, is out with knee cancer this year and faces the possibility of amputation.

"He needs $500,000 to do knee-replacement surgery. He wasn't a brilliant academic student, but he really tried. At football, he is unbeatable. he was the life of our team and put our school on the map," Bolt told STAR Sports.

Bolt said Foote's family is in dire need of assistance.

Coach Devon Anderson rues the leadership, inspiration, and talent his team is missing with Foote's absence.

"We played Glenmuir, and coach Jackie Walters remarked, 'Your number 10 is on one foot and killing us.'"

The Holy Trinity players left camp, went home, and while playing the popular scrimmage football, he got kicked on his knee, which started his current predicament.

"He is at the University Hospital of the West Indies. He is down and taking it hard. Jordan is like a son to me, and I don't want him to lose his foot because football is his life," said the coach.