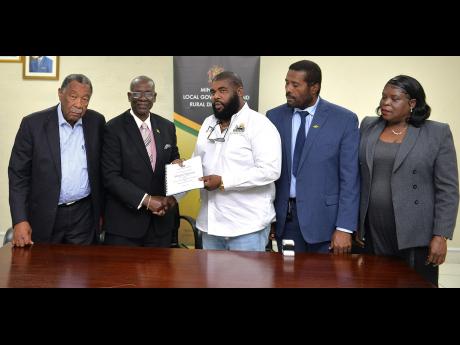 Significant rehabilitation work will be undertaken on the Beckford Lodge Road in Westmoreland at a cost of $41,723,887.50.

The project is slated to be undertaken over four months from January to April 2023.

The approximately 1.9 kilometres length of roadway will be fully rehabilitated with new base and wearing surface comprised of asphaltic concrete and surface dressing.

Drainage features, including curbs and channels, have been incorporated in the design to facilitate surface water run-off.

The contract will be implemented and supervised by the Ministry and the Westmoreland Municipal Corporation.

“All the materials that will be used on the roads will be subjected to testing and can only come from an approved source,” Minister McKenzie said, noting that this will assist in verifying the quality of the material.

He said that an annual maintenance programme will be put in place to preserve the integrity of the road.

Minister McKenzie noted that Beckford Lodge Road is an important throughfare for the surrounding communities and will improve the movement of vehicular traffic.

“The residents will benefit immensely,” he said, noting that the upgrading of the roadway will bring more business to the area and boost the productivity of the residents.

Member of Parliament for Westmoreland Eastern, Daniel Lawrence, said the work will greatly improve transportation in the area, stating “Westmoreland Eastern will be a far better place when this is completed… .  It will help all the persons in the community”.

Funding for the project is being provided from the Equalisation Fund, which is financed through money collected islandwide from property taxes.