Mother and children sleep under bed to avoid gunshots 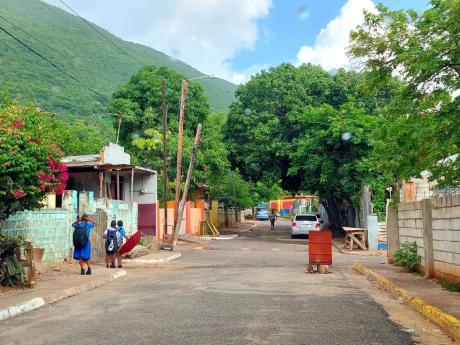 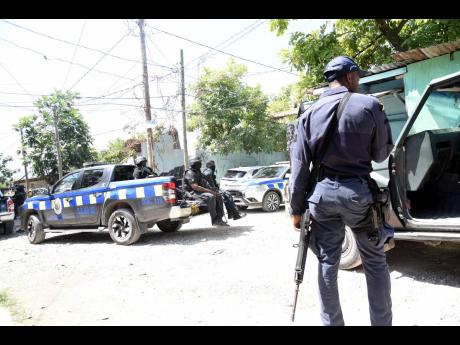 Members of the security forces carry out an operation in Rockfort in March.
1
2

Traumatised by the ongoing violence in her community, Sharon* had her eyes patrolling the movement of every object around her, leaving nothing to chance as a deadly gang war plays out in the east Kingston community.

The conditions have become so grim in the war-torn community that since Monday, taxi operators have refused to let out paying passengers at their gates, as they too are afraid of being caught in a crossfire.

"A two weeks now gunshot a fire round here, night and day, and all when police and soldier a drive round inna di area," said Sharon before sharing gory details of an experience she and her two children were subjected to recently.

"Mi and mi two pickney dem drop asleep under the bed because fi hours shot a beat and wi affi duck under deh when one of the bullets dem fly through di living room. Mi kids dem say dem never wanted to come out from under the bed because dem fraid, so a there mi affi spread sheet and sleep. Up to now mi back a hurt mi because mi go sleep on the hard surface fi so long," she recalled. A taxi operator said he also almost came face-to-face with death recently.

"A it mek mi decide say not fi love nor money yuh a go see me drive go up inna certain areas. Mi drop off a passenger one day and as me a come off a one corner, a two big rifle dat mi turn inna. A di fastest me ever find reverse. Mi did deh bout two corners from the man dem so yuh know say if me did deh nearer dem woulda start shoot after me," he said.

The tension in the community has intensified even more since Wednesday following the deaths of 38-year-old Ricardo Ricketts, otherwise called 'Cardo', and Shamar 'Shae' Anderson, both of Pleasant Heights. The police's Corporate Communications Unit confirmed that the incidents took place between 6 a.m. and 6:15 a.m.

Then hours later, a security guard who was coming home from work, was shot and injured by unknown assailants. According to a source, the guard's life was spared due to the swift actions of the police who were patrolling nearby. However, the lawmen's intervention resulted in a barrage of gunshots between them and gunmen.

"Is like dem stand up over mi head a fire di shot dem. Di way how dem sound heavy and near, mi start wet up mi self same place mi stand up," recalled a shop operator who also disclosed that the war was significantly impacting business.

"Today [Thursday] is the first me a open since Monday because my fear is that at any given moment man can come inside to buy something and he may or may not be involved in wrongdoings, but him enemy see and decide say a right inside here dem need fi strike. When yuh a lock up for the whole day for several days yuh bound to lose money, enuh," the shopkeeper said.

In the past two weeks, six persons have been shot, five fatally, as gunmen, allegedly from Base1 and Pleasant Heights, engage in a fight for territory.

The Jamaica Constabulary Force is reporting that between January 1 to October 29, there have been 59 murders committed in the Kingston East Police Division.