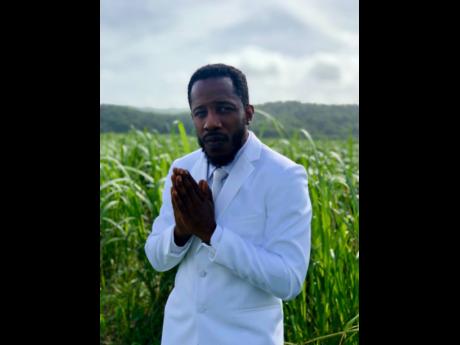 Entertainer Wayne Marshall said he is worried about the safety of his children each time he thinks about violence in schools today when compared to his time at Wolmer's Boys' School in the 90's.

"I am very afraid and that is very sad because I have to think about which school to send them because I don't want to send them to a certain school that may put them into harm's way more than the others based on statistics," he said. "It is heartbreaking when I see the videos being shared. Almost every week there is another incident and I have to give extra focus on my children because they are who I am in charge of. I implore parents to spend the time to be that representative of positive and peaceful resolution which begins from the homes."

Marshall was speaking to THE STAR on Wednesday during the launch of the education ministry's End Violence In Schools campaign, dubbed 'Just Medz It' at his alma mater in Kingston.

The 42-year-old father of five said the frequency of violent activities has become worrying.

"I am not going to say from my vantage point that there wasn't an issue of violence in schools during my time as well. There were isolated incidents of violence, fights and stuff. That was a regular thing, I went to a boys' school. But I think the difference now is the frequency, and the fact that everybody has a phone in their hands. So we are not only hearing about these things, we are seeing them as well," he said.

In September, 17-year-old Kingston Technical High School student Michion Campbell was fatally stabbed during an altercation with another female student on the school compound.

The incident was the latest in a string of activities across the island since the resumption of face-to-face learning following a two-year break due to the pandemic.

Marshall said he endorsed the ministry's new initiative as he believes the level of violence has now reached a chronic stage.

"It is full time now we try to cultivate an environment of love in our schools," said Marshall. "Again, we have to call on the village and not just the direct parents, but the neighbours, the aunties, the uncles, the grandma, the grandpa to step as much, and do what they need to do to try their best to influence the children in a positive way."

Marshall noted that many of the children are in broken homes, or homes where the parents are often missing because of the rigours of their jobs.

"So what happens is that these children are parented by the society and a lot of times the communities aren't great examples of conflict resolution and the morals are affected as a result," he said.

Marshall also challenged his fellow musicians to be more conscious of the content they put out, which he said has contributed significantly to some of the decadence being manifested.

"Of course it is a big deal and we are role models whether or not we like it. As entertainers in the public eye, we have a major role to play to be clean, to be that representation that kids look up to because they do look up to us," he said.

Education Minister Fayval Williams said that among the objectives of the 'Just Medz It' campaign were: to end violence in schools; increase guidance counsellor services at schools; develop services contributing to research and public discourse on violence in schools; and to foster violent-free homes and schools.