Lucky to be alive - Former journalist abducted, robbed at gunpoint 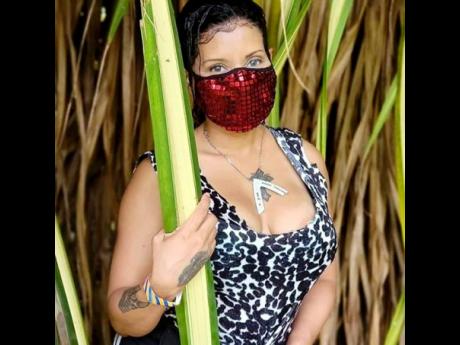 Two weeks after she was robbed and held hostage at gunpoint, former journalist Maia Chung said she was feeling lucky to be alive even as she battles with the mental anguish from the incident, which took place on September 28 in Portmore, St Catherine.

She recalled that her two male abductors moved to various locations across two parishes, travelling in a Toyota Probox motor car which was driven by another man. The robbers reportedly took several of Chung's personal effects, including her driver's licence, cell phones and bank cards. After demanding her PIN, Chung said the robbers drove around the Corporate Area and St Catherine in search of an ATM which was not crowded. She said that after emptying her account and purse, the robbers gave her $1,000 when they dropped her off somewhere so that she would not be left stranded.

Chung, who said she was still traumatised, told THE STAR that she was in the Portmore Mall conducting business when one of the men quietly approached her, stuck a gun in her side and forced her into the waiting car.

"They said to me that if I cooperate with what they say, I would survive," said Chung, with her voice cracking. "When I was with these people, all mi a think 'bout were me kids. If dem did wah mi shirt, mi teeth, mi eyeball, dem can have it." Chung said she believes that her life was spared by God.

"Mi a look inna di two gun mouth and a say, 'God, tell me weh fi do'. I am so paranoid right now, and when you think about how many other women experienced this. I mean, you are talking to me because God saved my life, because it was three men, two guns and the Holy Spirit," she said.

Chung said the robbers were polite, and also sought to comfort her when she appeared to be breaking down emotionally.

"Dem hush me and tell me say, 'Everything was going to be okay', and when they recognised that I was not stupid enough to challenge three people, two with guns, they started to be less hostile. I didn't realise that I was going to live until they actually let me off, because even though it started out as a robbery, it could have easily escalated to a rape and robbery, or even a robbery and murder. You don't know, because these are people you don't know," she said.

Chung said she has been struggling to process the incident, which was reported to the Greater Portmore Police Station on the same day.

"I can't eat, I can't sleep, and what comes to mind is, a citizen who has tried her best to help was held up by her own countrymen. For two hours I was there not knowing if they were going to shoot me. It is terrible, I don't know if I will recover," she said.

Commander for the St Andrew South Police Division, Senior Superintendent Kirk Ricketts, said the circumstances were similar to other cases brought to his attention. He said that in some cases, robbers picked up more than one victim, and even took victims to homes where they were kept overnight.

"Always be aware of your surroundings. Always have a family member know where you are going. Avoid robot taxis, which is very important. Take what appears to be a legitimate public transportation, and I say 'appear' because there are men who travel around in vehicles that have red plates. In the event you are not sure, follow your guts and don't go in there. Some people are known to take photos of the vehicle and send it to their close family, so that helps in case that you cannot be found. Nowadays we take much selfies, so nothing no wrong if yuh discreetly tek a photo of the driver if yuh unsure," he advised.