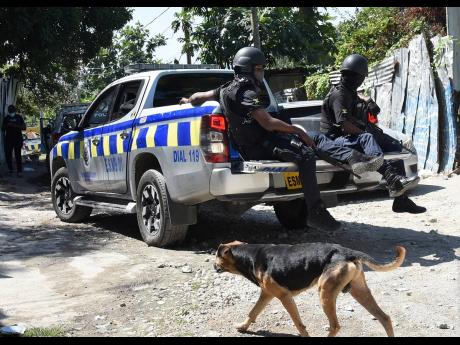 Tensions are high in sections of Rockfort, east Kingston, as several residents said that a deadly gang feud between gunmen from Oliver Road and Base1 was responsible for the deaths of 15 people in 18 months.

Fearing for their lives, the residents expressed their frustrations with their Member of Parliament (MP), Phillip Paulwell, who they accused of being absent. However, the long-time East Kingston and Port Royal MP said the time had come for a more drastic approach towards crime fighting.

"I am no longer into the business of meeting with people to talk about peace because these fellas are wantonly killing each other, they need to be locked up," said Paulwell.

"I don't believe that it [peace talk] helps when there is conflict for me just to walk inside the community because that is not going to solve the problem. I am not in the business of symbolic gestures, it has not worked. Having been there for so long, I know what works. Police need to rid the communities of these people and there are ways to do so. But it will require some level of courage," Paulwell added.

He said it was imperative that persons who are inclined to play their role in the fight against crime and violence must speak up.

"If they are afraid of going to the police they can come to me and I will do it," he said. Paulwell said he was aware of the current spate of violence in Rockfort but said that the infighting spans decades. He also challenged the police to be more innovative with their crime fighting strategies.

"The police need to also utilise dogs in their search for guns because it is really strange that so many times curfews are implemented and the guns are not found. My view, based on intelligence, is that dogs might be far more effective in getting to the guns," he said, adding that the root of the war is not economics.

"Some of these conflicts stem over 20 years, youngsters whose fathers that might have been affected, grow up with the same level of hate and revenge," he said.

When our news team visited the areas on Monday, residents shared that the violence has had a detrimental impact on their lives and businesses.

"A from the year start mi a suffer because none of the youth dem a come out and work because a wah weh a gwan, so mi affi mek the tough decision fi lock dung," said a businessman, who said he employed close to a dozen youth in the area. "Mi cannot calculate how much mi lose right now, enuh, mi just know say this need to stop," he added.

On Sunday night, residents said that the area came under heavy gunfire as gunmen traded bullets at will. A mother of two said her children were traumatised.

"Mi daughter and son tremble fi the whole night. Every time when the shots dem fire dem get scared and cry non-stop. Sunday night when the shot dem a fire, mi swear think a Afghanistan mi deh, a under the bed mi affi go cause the shot dem sound so near," she said.

When contacted for a comment, head of the East Kingston Police Division, Senior Superintendent Tomielee Chambers, said she was unaware of the alleged gang war. However, she confirmed that the area has been tense for some time.